“Smart cities are connected cities – ones that make the exchange of ideas, research, expertise and enterprise easy. This plan prioritises those connections and world-class education is pivotal to making it a reality. We congratulate all three levels of government on their commitment to bring more knowledge jobs to the region, connect its residents, and transform it into a thriving region of technological innovation, research and commercial enterprise,” said Professor Glover.

“We are particularly pleased to see plans for both rail and rapid bus transit between St Marys and the Badgerys Creek ‘Aerotropolis’ – connecting commuters from two of Greater Sydney’s most significant areas of new residential development, and providing vital links between the region’s entrepreneurial businesses and high-tech industries.”

“Importantly”, said Professor Glover, “the Deal coincides with the opening of our campus in the Liverpool CBD where teaching has started this week.

"These students”, he added, “over 4,000 of them across Liverpool, will be critical to supporting the type of innovation the Prime Minister and Premier are looking to see at the Aerotropolis, and throughout the Western Parklands City.”

“The Deal”, said Professor Glover, “also aligns exceptionally well with the University’s commitment to a health and medical research facility in Campbelltown. Bringing world-leading research to one of the region’s fastest growing city’s is a priority this Deal supports through its liveability objectives and broader focus on improving lives. We’re proud to support that along with Campbelltown City Council, the Ingham Institute and the South Western Sydney Local Health District.”

Western Sydney University has long been working towards achieving many of the deal’s central objectives. “We matched a $13.5 million investment from the Federal Government in 2013 towards building the Werrington Park Corporate Centre,” said Professor Glover.

“Connecting sites like this” said Dr Marks, “to heavy rail – as the Deal will do – creates a multiplier effect. It provides a platform to expand and amplify the early inroads we’ve made.”

The knowledge-exchange framework of the Deal will also enable the intensification of the University’s and Launch Pad’s partnership with the Sydney Science Park, bringing specialist research, industry collaboration and STEM-focused education to the region. 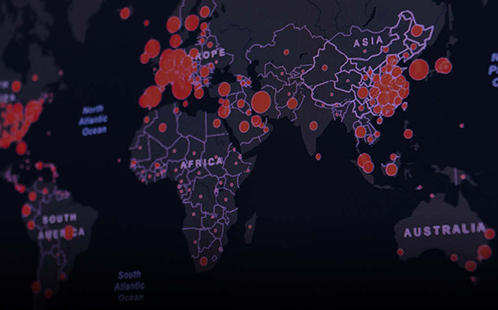 Opinion: 3 planning strategies for Western Sydney jobs, but do they add up?

The problem of not enough jobs in Western Sydney has been in the public spotlight for half a century. At the same time, record immigration levels and cheap housing on new residential estates on the urban fringe have fuelled growth in the region’s labour force.

Opinion: Our laws failed these endangered flying-foxes at every turn. On Saturday, Cairns council will put another nail in the coffin