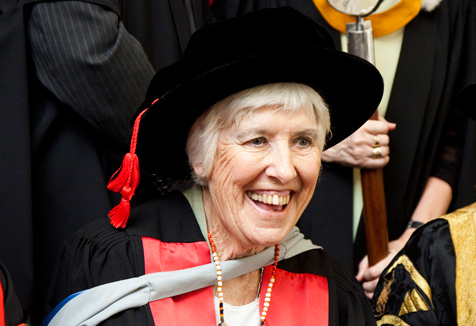 Dr Anne Deveson has been a writer, broadcaster and filmmaker on social justice issues for more than half a century. During this time, she has agitated for change for diverse causes, including poverty, disability, ageing, child abuse and women’s rights.  However, the cause for which she is best known is around understanding mental illness, particularly schizophrenia.  Her 1991 book, ‘Tell Me I’m Here’, chronicled the illness and death of her elder son Jonathan, after he was diagnosed with schizophrenia in high school.  For a journalist accustomed to publicising other people’s stories, writing honestly about her own feelings and actions was extremely difficult.  Anne’s dedication and commitment has helped combat the stigma against mental illness and has also highlighted a number of issues that have been hidden to many for so long, such as child sexual abuse and rape in marriage. One of Anne’s many strengths is having the ability to communicate quite complex political and social issues to a wide range of people.