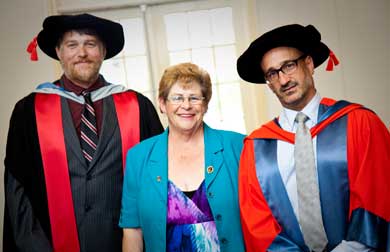 Aunty Sandra Lee is a Boorooberrongal, Darug Elder and Traditional Owner who was born in Blacktown and is passionate about preserving the heritage and culture of the Darug people for all Australians to share.

Aunty Sandra is Secretary of the Darug Tribal Aboriginal Corporation and the Darug Research and Information Centre, located at Seven Hills. She is also a University of Western Sydney Aboriginal and Torres Strait Islander Employment and Engagement Advisory Board member and an Elder on Campus.

In 2011, Aunty Sandra was awarded Blacktown Council's Woman of the Year and in 2012 Darug Tribal Aboriginal Corporation won the Margaret Oldfield Zest Award for Outstanding Project within an Aboriginal organisation. The award was presented to Aunty Sandra on behalf of the Tribal Aboriginal Corporation for their positive impact that community capacity building activities have had on the Greater Western Sydney region.

Aunty Sandra continues to dedicate her life to reclaiming and preserving the history of the Darug people and sharing country and stories for all Australians.