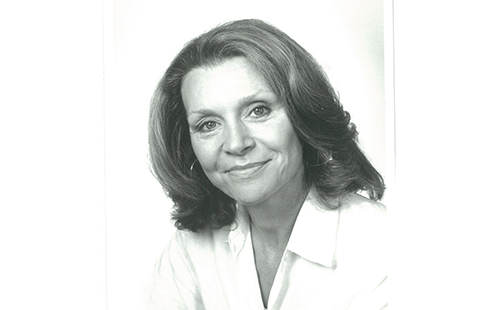 Western Sydney University has paid tribute to the legendary Carla Zampatti AC.  One of Australia’s most celebrated and influential fashion designers and business leaders, Ms Zampatti also served as a member of the University’s Board of Governors (now the Board of Trustees) from 1993 to 1997.

This was a critical time in the early development of Western Sydney University, as a young and up-and-coming institution.  Her outstanding contributions to the leadership and governance of the University during its formative years and her service more broadly to Australian public life, saw her awarded an Honorary Doctorate of Letters from the University in 1999.

Vice-Chancellor and President, Professor Barney Glover AO, said the University community joins people from across Australia and the world who remember Ms Zampatti as a trailblazing fashion icon, entrepreneur and business leader.

“Western Sydney University pays tribute to the life and work of Carla Zampatti and recognises the extraordinary contributions she has made to our nation, across so many fields of endeavour,” said Professor Glover.

“We are particularly proud of the support she showed Western Sydney University. Ms Zampatti, as a member of the then Board of Governors during the 1990s, helped steer the University through its early establishment, and helped set it on the path to become the strong and well-respected institution that it is today.

“A generous, highly-committed Board member, Ms Zampatti was a regular visitor to the University’s campuses, meeting students and encouraging them in their studies.

“In 1992, she graciously gave her time as a speaker in the Chancellor’s Lecture Series, which saw successful business and professional leaders share their experiences in an address to staff and friends of the University. Over the years she was also a friend and generous supporter of the University’s scholarship fund and to the School of Medicine.”

Carla Zampatti held many directorships and served on numerous boards, including Chair of SBS from 1999 to 2009, and was recognised with countless accolades and awards. She was appointed a Member of the Order of Australia (AM) for her services to the fashion industry in 1987, and in 2009 was elevated as a Companion of the Order (AC).

Professor Glover says one of the common themes throughout Ms Zampatti’s longstanding career was her strong desire to give back to the community and support and mentor the next generation.

“She also worked tirelessly to support and advocate for people from diverse cultural backgrounds, and recognise the rich contributions they make to Australia’s society and culture – values very much shared by this University,” said Professor Glover.

“It is with great sadness that we mark the passing of Ms Carla Zampatti AC. On behalf of the University community, I extend our sincere condolences to Ms Zampatti’s family, as well as her many friends and colleagues.”