What happens when things go pear shaped? The curious case of SPC 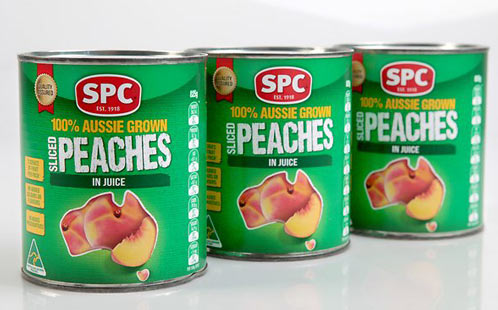 The recent attention regarding the difficulties faced by SPC Ardmona has put the spotlight on the ability of accounting standards related to intangible assets to adequately present a true and fair view of the state of a company.

Coca-Cola Amatil acquired SPCA in early 2005 for $523.5 million. At the time, an announcement from CCA’s Managing Director, Mr Terry Davis, indicated the acquisition provided an “opportunity to accelerate the product and package innovation capability” of SPCA. This upbeat tone of communication to shareholders was repeated at the end of 2005 when the Review of Operations statement in CCA’s Annual Report described SPCA as delivering a “solid result,” integrating quickly with CCA and “making good progress in transitioning to a modern customer service focussed organisation.”

It should be no surprise that the announcements regarding the acquisition were positive given CCA had paid approximately $262 million more than the fair value of net assets to acquire SPCA.  However, in 2005 there were hints that operations at SPCA were less than ideal. Reference was made in the Annual Report to “increased competition from imported private label products” and capital commitments “to build a stronger operating platform for the future.” Further announcements in CCA’s annual reports under Review of Operations during the period 2006 – 2012 continued to discuss issues associated with the difficulties SPCA was facing due to increased competition from imported products. This position was exacerbated in 2010 when CCA first reported the material impact of a high Australian dollar on SPCA’s competiveness against cheap imported brands.

Given these announcements and the current debate around the SPCA acquisition, it is perhaps timely to look at what has happened to the $262 million asset in the eight years since acquisition. Goodwill is classified as an asset, representing the excess of the purchase price paid to acquire a business over the fair value of the identifiable net assets acquired. Reasons for paying this excess can be the existing customer base, or as CCA identified in the acquisition of SPCA, the synergies obtained from incorporation of the acquired business. Accounting standards require organisations to perform annual impairment testing of goodwill, comparing carrying value to estimated recoverable value. If material adjustments are identified, the value of goodwill must be written down. This impairment not only impacts the carrying value of goodwill but also reduces profit for the period.

In CCA’s case, from 2005 to 2012, the only material impairment of goodwill associated with the SPCA acquisition occurred in 2012 when $48 million (18.3%) was written off the value of goodwill. Ross and Ibbett question the effectiveness of the accounting standard requirements for impairing goodwill, when a company such as CCA can report increasingly significant elements of negative news regarding SPCA over an eight year period yet record no material impairment of goodwill until the end of the eighth year.

Given the continuous negative reports about SPCA’s competitive position, it is not surprising CCA’s ASX announcement on 30 January 2014 indicated “alternative plans for SPCA will necessitate a material review of SPCA’s carrying value and a write down of its assets including brands and goodwill”.