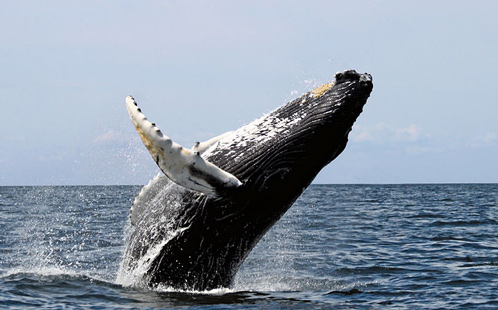 The International Court of Justice’s decision to order a halt to Japanese whaling represents a clear ‘victory’ for Australia and environmental activists, but does not necessarily put an absolute end to the issue, according to an international law expert from the University of Western Sydney.

Professor of International Law Steven Freeland, from the UWS School of Law, has been a Visiting Professional within the Appeals Chamber of the International Criminal Court.

He says the Australian Government’s decision to take Japan to the International Court of Justice  allowed for judicial interpretation of the Whaling Convention for the first time.

“The Court concluded that, in general terms, the Japanese whaling program, known as JARPA II, could broadly be characterized as scientific research,” says Professor Freeland.

“However, after a lengthy analysis of the design of the program as compared with its implementation, the Court concluded that various issues, including the catch numbers specified in the Program, could not reasonably be regarded as having been included ‘for purposes’ of scientific research.”

“The Court ultimately concluded that, instead, the Program was in breach of the Whaling Convention and it ordered Japan to revoke all licences it had issued in relation to JARPA II, and cease to grant any further permits.”

Professor Freeland says Australia and Japan, as well as New Zealand, which had intervened in the case, are bound to comply with the decision, and Japan has already indicated that it intends to do so.

However Professor Freeland says despite the undoubted success of the Australian case, the decision does not necessarily put an absolute end to this issue.

“Japan may decide that, in light of the majority nature of the decision of the verdict, that this is the appropriate juncture for it to end its whaling activities altogether,” he says.

“However Japan may instead take a very close look at why its implementation of JARPA II fell foul of its legal obligations and perhaps seek to design and ultimately implement a new whaling program that takes into account all of those elements.”

“It must be remembered that the Court did confirm that scientific research can include the killing of whales – the problem for Japan was its failure to take proper account of non-lethal methods of research, or to justify the actual catch numbers it had declared.”

“Japan could decide to withdraw altogether from the legal regime on 30 June 2015, after which time it would no longer be bound by the restrictions established– which includes a Moratorium on Commercial Whaling and a limitation to scientific research whaling,” he says.

“This course of action would, undoubtedly, bring with it significant political and diplomatic costs, but, in theory at least, a country outside of the main legal regulatory regime in relation to whaling may seek to undertake any type of whaling it sees fit, and it would be a much more difficult legal argument to successfully halt that program.”

“In the end, therefore, it may be overly optimistic to believe that this decision closes forever the chapter of Japanese whaling. Cool heads are still required and Australia should continue a dialogue with Japan in a sensitive and cooperative manner, so as achieve the best possible end result for those magnificent creatures, the whales.”