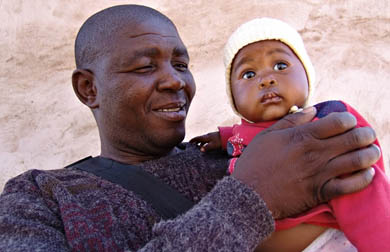 The Men’s Health and Information Resource Centre at the University of Western Sydney says the passage of legislation introducing paid parental leave for dads and partners is a welcome first step in acknowledging the role that men offer newborn children and families.

The policy, to begin at the start of next year, provides for up to just two weeks of paid parental leave for dads earning up to $150,000 per annum at the national minimum wage of $606 per week before tax.

“Two weeks is certainly better than nothing, but realistically it won’t allow fathers much more than a few days worth of care and assistance to their partners and children,” says the Director of the Centre, Professor John Macdonald.

“There is now ample research that shows that the role of an engaged dad is crucial to the health and wellbeing of children. Two weeks of paid parental leave is a big step forward for Australia but we must be realistic in acknowledging that such basic support will only result in small improved outcomes for children.”

On the eve of paid parental leave being introduced, Professor Macdonald says the Labor Party’s website carries a banner stating that ‘there is no such thing as a part-time mum’.

“A huge banner like this begs the question why there is so little acknowledgement in Australia that there are also no part-time dads,” he says.

“Two weeks is barely enough to get a new baby home and settled, and for the important basic bonding to take place.”

Professor Macdonald says a more appropriate response would be based on modern research that addresses families’ needs for adequate support for the mother and child.

“An approach such as this would provide up to eight weeks’ paid leave, which would demonstrate to employers and the community that fathers are valued and important to families’ and children’s health outcomes,” he says.

“For example, Sweden offers up to 16 months paid parental leave at three-quarters of full salary, and this is shared between mothers and fathers as they see fit.”

“Many families do not experience trouble-free births and early days of parenting, and men should be allowed to be present at home to provide a crucial role,” says Professor Macdonald.

“Post-natal depression is not uncommon, and fathers have a role in managing their partner’s situation. Given the relatively minor cost of this policy and the current focus on ‘giving families a fair go’, we should encourage government to build on this first step in its support for fathers, which will surely pay dividends in future health outcomes for families in coming years.”