The following opinion piece authored by Emeritus Professor David Rowe from the Institute for Culture and Society was first published with full links on The Conversation (opens in a new window).

Australian men’s test cricket captain Tim Paine’s sudden resignation due to a sexting scandal meant a rapid search for a suitable new captain. The most obvious choice was Pat Cummins, the current vice-captain and the world’s best fast bowler. Cricket Australia has today confirmed Cummins will step into the role ahead of the Ashes series starting on December 8. Steve Smith will be the deputy.

Described as a “cleanskin” by former test captain Greg Chappell – perhaps unwisely, as that was also Paine’s image when he became captain after the Sandpapergate scandal – Cummins had plenty of support to fulfil the role often described as second only to the prime minister in importance in Australia.

But there was one major reservation – no fast bowler has captained the men’s team since Ray Lindwall stood in for one test match on the 1956-57 tour of India. Why are batters, wicketkeepers or even spin bowlers (such as Richie Benaud) favoured over fast bowlers to lead a cricket team?

Fit for the captaincy role

Unlike a batter-captain fielding in the slips, it is asked whether a revved-up fast bowler can make sophisticated on-field decisions, such as ending a spell of their own bowling at the right time. Could they see the big game management picture through the red mist that descends for many pace bowlers when facing an opposition batter? A spinner uses guile rather than the intimidation of speed to take wickets, so it is assumed they have the necessary tactical acumen.

Even with regard to physical positioning on the cricket field, fast bowlers are viewed as either too close to the action when bowling and too far from it when, as is conventional, fielding on the boundary.

Most importantly, fast bowlers have a reputation for being brawny, unintellectual types, while batters are regarded as more cultured and thoughtful. There is more than a tinge here of what is called “stacking” in sport. This concept involves the racial, ethnic and class stereotyping that assigns leadership positions in team sports (and later in coaching roles) to the already socially privileged. The less privileged generally follow directions, especially where their duties involve brute force.

This replication of the traditional mental-physical labour hierarchy has been found in sports such as American football, soccer, basketball, baseball, rugby union and cricket.

So how did Cummins overcome the reservations that ruled out distinguished pace-bowling predecessors such as Dennis Lillee and Glenn McGrath as captaincy material?

A different class of fast bowler

Ever since his emergence as a cricket prodigy in 2011, Cummins has been routinely regarded as the pride of Penrith in the working-class “heartland” of Greater Western Sydney. Certainly he played around and for Penrith in his formative years, but was brought up in the small, lower Blue Mountains town of Mount Riverview.

With an accountant and manager father and schoolteacher mother, he went to grammar school in nearby Cranebrook, later venturing east to the University of Technology, Sydney. There, as part of its Elite Athlete Program, he completed a Bachelor of Business degree.

Cummins has acquired a reputation as a controlled, almost bookish breed of fast bowler whose commitment to matters environmental, Indigenous and anti-racist might attract the go-to derogatory label “woke”.

His appointment as test captain continues Paine’s cultural approach of distancing Australian men’s cricket from the win-at-all costs mentality and macho posturing that saw the Test team slide down the team affinity rankings among fans.

His good looks and wholesome style give him “brand appeal” in intensely competitive global sport and media markets. Cummins is as-yet untainted by scandal, unlike another candidate, Smith, who was deposed as captain and suspended after the ball-tampering scandal in 2018, only to be appointed Cummins’ vice-captain.

In the light of the tearful exits of captains Smith and Paine, cricket’s caution about ethical standards and “skeletons in the closet” resembles the “fit and proper person test” in the corporate world.

Being the captain of a team is a tricky remit, requiring a teammate to be “first among equals”, having sensitive conversations with peers, and making important decisions that can affect whole careers. Captains must attend to their own sporting performance with the additional burden of making calls that every armchair critic will scrutinise.

That Cummins has been appointed captain a short time before a home men’s Ashes series, with its huge historical baggage, places his personal conduct in the public eye as never before.

His English opponents must deal with their own pressing reputational crisis following allegations their national game is “institutionally racist” and that captain Joe Root has been oblivious to racist behaviour among his Yorkshire teammates. The cricket authorities in both countries have been criticised for “blundering deeper” into crisis.

Cummins’ time to celebrate the T20 Men’s World Cup victory was brief, curtailed as it was by Paine’s ignominious exit. He must rally a disrupted test team in cricket’s longest-running and most renowned series, and rise to the challenge of becoming a captain who bowls fast thinks even faster on his feet. 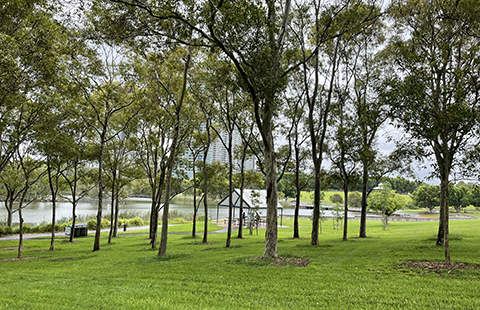