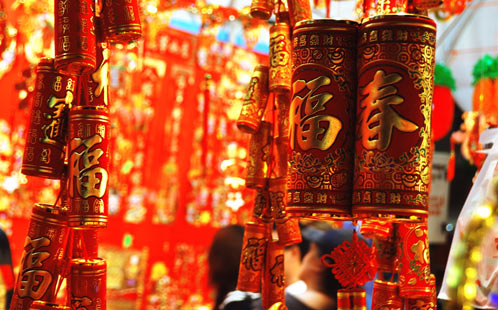 As Australians prepare to celebrate the Lunar New Year, also known as the Spring Festival or the Chinese New Year, an expert from the University of Western Sydney says the event's integration into the national calendar is a colourful demonstration of the important place of migrants in Australian society.

Dr Shanthi Robertson, from the UWS Institute of Culture and Society, is an expert on migration and citizenship.

She says Chinese New Year has grown in national significance in line with the growth in Chinese immigration.

"It's now becoming a more mainstream event, as reflected by supermarkets and chain stores stocking the trimmings of this celebration, much as they would for Christmas and Easter," she says.

"Families of many different backgrounds, not just Chinese, participate in events held around Australia to celebrate the Lunar New Year, including street festivals, markets, performances and fireworks displays."

Dr Robertson says Chinese immigration to Australia has a storied history, from the 1800s Gold Rush to Australia's decision to grant Chinese students residency after the Tiananmen Square protests.

"More recently, Chinese arrivals have been highly significant to our skilled migration program and our international student population."

"Each of these historical events and contemporary migration flows have shaped the fabric of Australian society."

"Chinese migration remains incredibly important to Australia's economic and political future with the rise of China as a global economic power and the dawn of the 'Asian century'."

"Established Chinese Australian communities and new flows of temporary migrants and students provide crucial cultural and business links between Australia and China, which is now the world's second largest economy."