Losing the War of Rhetoric: Terrorism no Challenge to Diversity 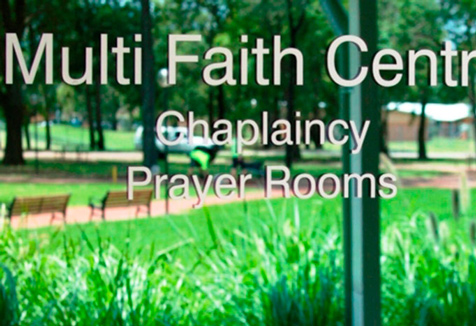 The following opinion piece by Dr Joshua Roose was published on The Drum website on May 23 2013.

The horrific events in Woolwich, UK overnight have been broadcast into homes and offices across the world. Little yet is known about the individuals involved beyond their evocation of Islamist rhetoric (‘our lands’, ‘your people’) and their apparently British accents. At this point, as many will have already pointed out, the attack appears to fit the mould of ‘lone wolf’ terrorism called for in Al Qaeda’s ‘Inspire’ Magazine. This has similarities with the recent Boston Attack, widely perceived to be an act by individuals. Military personnel have been targeted by numerous terrorist plots in Western countries including the UK (plot to behead a Muslim Soldier), USA (Fort Dix, Fort Hood) and Australia (Holsworthy Barracks).

These actions are designed to evoke hatred, anger and to polarise political debate around an Islam verses the West dichotomy. They are visually spectacular - the blood soaked hands of the attacker with a knife and meat cleaver evoke the intimate and personal nature of the violence that cuts to the core of those watching – and were designed to appeal directly to the 24 hour news cycle. Reports indicate that one attacker urged witnesses to film him and approached those with mobile phone cameras to push his rhetoric while the victim, a young soldier, lies behind him in the middle of the street. To this extent, the attack achieved instant notoriety.

However this is where the power of the attacker ends. While the attacks will be utilised by political opponents of multiculturalism, xenophobes and anti-Muslim activists to argue about the incompatibility of Islam in Western societies (and indeed some mosques in London have already been defaced), Western publics and their elected leaders are slowly but surely moving beyond this divisive rhetoric and are increasingly capable of distinguishing between the acts of extremist individuals and the wider communities from which they belong. In Australia, the response of leaders across the political spectrum to the violent September 2012 ‘Innocence of Muslims’ protests was to clearly delineate between the actions of extremists and wider communities. Already London Conservative Mayor Boris Johnson has provided balanced commentary regarding Londoners from all communities ‘having been here before’ and focussed on a united community. Post-Boston, President Obama stated that Americans do not hold these acts against ‘entire groups of people’.

Muslim leaders in Australia came out united against the violence of the Sydney Protests, Muslim  leaders across the United States condemned the terrorist attacks in Boston and already, the Muslim Council of Britain has condemned this attack in the strongest possible terms stating  that “Muslims have served this country’s Armed Forces proudly, with honour’, stating that there is no justification for the murder and calling on all communities – Muslim and non-Muslim – to ‘come together in solidarity to ensure the forces of hatred do not prevail’.

These horrific actions achieve notoriety and publicity. However they will not challenge the reality of diversity in Western cities and the fact that the futures of citizens of all races, religion and beliefs in these cities are inextricably linked and inter-dependant. Whether the nation is adopting the multicultural approach evident in Australia, Canada and the United Kingdom or the assimilationist approach of the United States, these attacks will fail to disrupt this reality.

Dr Joshua Roose is the Senior Research Officer at the Religion and Society Research Centre, the University of Western Sydney. He was a visiting Research Scholar at the Graduate Centre,  City University of New York 2013 and is a co-convenor of The Australian Sociological Association ‘Migration, Ethnicity and Multiculturalism’ thematic group.