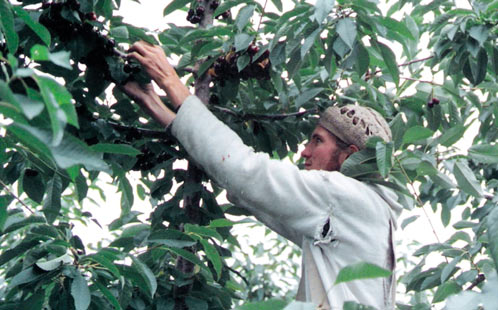 This opinion piece by Shanthi Robertson was originally published on The Conversation website on 28 October 2013.

In his short period in office so far, prime minister Tony Abbott has been taken to task on two issues with important neighbours: asylum seeker boats arriving from Indonesia, and the rights of New Zealanders living in Australia on temporary visas. A recent Monash University report also warns that the increase in the Working Holiday Maker (WHM) program is contributing to the unemployment of local Australian youth.

Constructing migrants as "good" or "bad" for Australia is a complex process. In the populist imagination, "bad" migrants are welfare-dependent, unskilled, and culturally different. "Good" migrants, on the other hand, are highly skilled, wealthy, independent and either culturally similar or willing to assimilate.

So, what do contentions around these very different types of migrants tell us about the way immigration may be framed in Australia over the next three years?

Conservative governments in general face a paradox when it comes to immigration policy. Although their support base favours a "tough on immigration" stance, business and industrial lobbies push for fewer restrictions on importing foreign workers. In the US, this paradox has led to harsh levels of border security, such the militarisation of the Mexico-US border during the Bush administration, alongside very limited controls on the employment of undocumented workers, whose labour has become vital to particular industries.

Resolving the paradox in Australia involves some key political moves. Political parties tend to create simplistic discourses around desirable or "good" migrants and undesirable or "bad" migrants, and maintain streams of foreign labour that remain somewhat hidden from public view.

International students, backpackers, former students on temporary graduate visas and New Zealanders all fall into this second category of "invisible" streams of foreign labour. Election debates on immigration focused solely on asylum seeker boat arrivals and 457 skilled visas. Migrants in these other categories effectively bypass many of the stringent control mechanisms of skilled migration programs. However, they provide increasingly valuable skilled and unskilled labour to various industries.

Media focus on the "bad" migrants serves to deflect attention from these hidden migration schemes and from an overall "liberalisation" of immigration policy. The Howard government generally focused on demonising asylum seeker arrivals: a strategy that was highly effective in deflecting attention from its record skilled immigration intakes and its expansion of work rights for international students and working holiday makers.

The recent calls for New Zealanders to gain more rights to social welfare and permanent residence have been based on the idea that they are "good workers" and have a shared social and cultural history with Australia.

At the coalface of the labour market, however, the realities of what makes a "good" foreign worker can differ from the public image of an elite, highly-skilled and English-speaking migrant. Particular industries in Australia desire migrants who are cheap, expendable, and willing to do dirty and dangerous work. Temporary visa statuses and weak language skills can be a boon to unscrupulous employers, as they mean that workers are more likely to put up with poor conditions and low pay.

Despite arguments from the Monash report that backpackers are "taking jobs" from local young people, it remains a very hard sell for employers to convince Australian youth to stay in small towns and work in abattoirs and orchards when they have the alternative options of studying or receiving unemployment benefits.

Research shows that recent refugees end up in the low status and low-paid jobs that locals avoid. These include jobs such as cleaning, aged care, meat processing, taxi driving and construction. Those taking working holidays in Australia similarly fill gaps in insecure and seasonal agricultural and construction work, which is particularly important in the context of a resources boom that has drawn away local sources of labour.

So what can we expect on immigration from an Abbott government? Most likely, continued political grandstanding about asylum seeker policy. There will be little mention of the rights of migrant workers who are already here, and very little immigration policy reform that could genuinely be described as "tough".