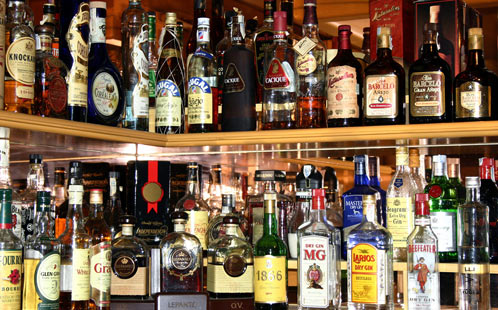 Research has found young drinkers are far more likely to 'pre-load' on drinks and drugs before heading out to pubs and clubs, and that those who do are at greater risk of violence and risky behaviour, according to an expert from the University of Western Sydney.

Mr Phillip Wadds, from the UWS Institute for Culture and Society, was a project manager on the POINTED project, which measured the drinking habits of seven thousand young people across Australia and sheds light on the behaviour of revellers at events like Schoolies. He has also recently completed his PhD, under the supervision of Professor Stephen Tomsen, Chief Investigator of the POINTED project, looking at the regulation and policing of Sydney's night-time economy.

While almost two thirds of participants in the POINTED study consumed alcohol before heading out for the evening, younger drinkers were significantly more likely to pre-load before big nights out.

Mr Wadds says the study found pre-drinking was a statistically significant indicator of whether someone would be involved in an aggressive episode.

"Loading up on drinks at pre-parties is very common among young people, and certainly there's anecdotal evidence from police at Schoolies this year that teenagers are arriving at the public venues already intoxicated," Mr Wadds says.

"Considering the high cost of alcohol at bars and clubs, pre-loading is seen by teenagers as a good way to save money, as well as a fun way to pass the time in the build-up to the night out."

"The problem with this, our research shows, is there's a significant link between drinking alcohol before heading out and aggression and risky behaviour such as property damage, drink driving and violence."

Mr Wadds says reports that Schoolies revellers are also ingesting licit and illicit drugs before heading out for the night in order to avoid detection by sniffer dogs are troubling.

"Our research found young people who admitted to taking illicit drugs were significantly more likely to having been involved in physical, verbal and sexual aggression," says Mr Wadds.

"Taking illicit drugs before heading out for the evening also presents other risks, particularly when young people take more drugs than they normally would to make sure their 'high' lasts the night while avoiding police detection."

"Problems with this emerge because revellers consume excessive amounts at once without knowing the strength or the ingredients, which puts them at risk of overdose or other unintended reactions. This becomes particularly dangerous when they enter congested public nightlife spaces where other intoxicated revellers, as well as police and security staff, can clash over the most minute of real or perceived slights"

In addition to his work in the POINTED project, Mr Wadds was also a researcher on the Alcohol and Energy Drinks in NSW study, which examined the drinking behaviour of over one thousand three hundred revellers in the various nightlife hotspots around Sydney.

"Our research found the younger you are, the more likely you are to consume energy drinks, and much like pre-loading and illicit drug use, people who mix alcohol and energy drinks are  more likely to be involved acts of aggression and other dangerous behaviour," Mr Wadds says.

"In this study, 16 and 17 year olds we interviewed on the streets were the biggest consumers of alcohol combined with energy drinks (AEDs), having on average 5.4 AEDs- way more than the recommended daily intake of two drinks."

Mr Wadds says despite young people taking bigger risks with their health and welfare, his research shows the majority of drinkers are well behaved.

"A small per cent of people will always engage in risky behaviour, there's no way to stop that, but overall most teenagers respect the law and do the right thing," he says.

"The challenge is to educate party goers about the risks of overdoing it at home before they head out, because all the evidence suggests pre-loading, whether on drinks, drugs or energy drinks, increases the chances of something going wrong."

Mr Wadds believes the way Schoolies is regulated should be considered on a broader scale throughout many urban nightlife centres.

"The police, council, event planners, licensed venues and security staff, along with organisations such as the Red Frogs, do a great job of coordinating the management of this massive annual event," he says.

"It is obviously a high intensity week, but they are doing the right thing in approaching the week like any other major event- with everyone working from the same page. I think the same approach would work in places like Kings Cross where every weekend is like a mini-Schoolies".