Cyber-safety or cyber-maturity? Teaching ethics in a virtual world 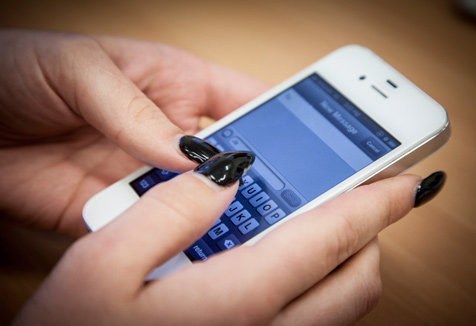 This opinion piece by Dr Michael Salter first appeared in The Conversation(opens in a new window) on 30 July 2013.

Sexting is back in the news for all the wrong reasons. Multiple incidents of teenagers circulating explicit images of other teenagers are under investigation in Victoria. It has emerged that Queensland police have charged 240 children for producing and distributing child pornography so far in 2013.

The recent Inquiry into Sexting by the Victorian parliamentary Law Reform Committee has recommended giving minors a defence against child pornography charges and introducing a specific offence for cases of non-consensual sexting. Meanwhile, many teachers and campaigners have sought to introduce cyber-safety education programs into schools. Some of these are quite comprehensive.

However, in my focus group research with young people about sexting, I’ve learnt that many primary and high school students are receiving a one-off talk from a principal, teacher or police officer. These talks are pretty similar to the “stranger danger” speeches I received at school, but modified for a virtual world. They are full of horror stories about girls with destroyed reputations, boys charged with sex offences, and adults with no employment prospects due to teenage indiscretions.

These stories tend to be based on one or two high-profile incidents, usually from overseas. They don’t reflect the experiences of young Australians who are learning how to balance technology, sexuality and privacy. Many parents are uncomfortable with the idea of teenagers – especially their own – having a sex life of any kind and are often unfamiliar with the internet and social media. In the “sexting” headlines, these two issues collide, so it is no wonder that sexting attracts so much concern.

In many ways, teenagers are trying to figure out how to manage technology in their personal lives just like everyone else. Dating and relationships now involve social media and digital technology whether we like it or not. This shift has given rise to new kinds of relationship abuse.

Adults, as well as teenagers, have been victimised when an ex-partner or casual hook-up circulates images without their consent. Private photos taken from dating sites or social media are being hoovered up by internet pornography sites. Once distributed online, it is almost impossible to prevent the photos from being viewed.

Educating kids about internet safety means preparing them for a technologically mediated life, but many cyber-safety efforts are falling short. Kids and teenagers need to know more than just the dangers of social media. The internet acts as a “force multiplier”: when someone wants to lash out at someone else, the internet enables them to do this in much more harmful ways than in the past.

Cyber-safety is not a standalone issue. It needs to be included in a child’s understanding of ethical relationships as well as the right ways to treat others – partners, friends and even people they dislike – and how others should treat them in return.

We won’t prevent the harms of sexting by restricting young people’s access to online technology or by making them terrified of its capabilities. Instead, we will do it by encouraging better relationships in which they don’t feel compelled to hurt the people around them – online or offline – and by ensuring they understand the warning signs when someone else starts behaving inappropriately. This places the onus back on us to make sure that our schools, families and communities are places that foster healthy relationships.

Dr Michael Salter is part of a research team currently running an online survey to get a better picture of how young people are using technology in their relationships. Anyone aged 13 and above can fill it out the survey.(opens in a new window).