5 signs of climate change that I witnessed in my lifetime 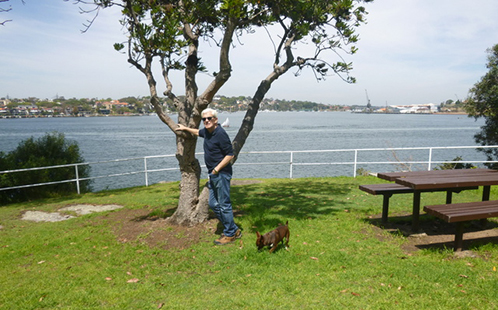 Gerry Grove-White is concerned about his generation's inaction on climate change and the challenges this has created for young Australians.

When the Intergovernmental Panel on Climate Change (IPCC) released its 15th report, it was once again a stark reminder how far global warming has progressed threatening our very livelihood and future as a human race. And while the younger generation has been singled out for their lack of climate knowledge (Western Sydney University’s millennials survey), let’s not forget that it was my generation, the baby boomers, that failed to take action when evidence of climate change was mounting in the 1980s and beyond.

I am a 68-year old engineer who has worked in the energy industry since graduating in 1971. The power company I worked for accepted the reality of climate change as early as in the late 1980s and modified its investments accordingly. The overwhelming body of scientific research and evidence over the last four decades unequivocally demonstrated that rising sea levels, extreme weather events, rapid increases in both atmospheric and sea water temperature, accelerating melting of the polar ice caps, as well as rapidly rising CO2 concentrations in the atmosphere are major effects of climate change. Yet, as a society we went backwards, with vested interests, politicians and self-proclaimed experts spreading misinformation through mass and social media channels to make us doubt the validity of climate science.

I have seen the changes happening around me in my lifetime, here in western Sydney and around the world:

These matters are not just postulated by science, they are the daily lived reality. When I look at my beautiful grandchildren, I feel guilty for my generation’s failures to address climate change heads-on. Millennials, don’t repeat our mistakes. We do not have much time left.

Gerry Grove-White is a retired mechanical engineer with 45 years’ experience in power generation around the world including gas, oil, coal, nuclear, wind, hydro, solar and geothermal. He is currently studying for a Masters of Teaching at Western Sydney University as a way of paying forward the inspiration from some amazing teachers in his youth.