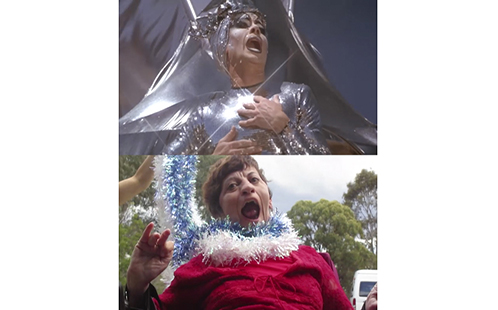 To celebrate this month's Diversity Week, Western Sydney University will become the home of a new exhibition by FAST PRINCESS, a film making collective based at the Prairiewood Cerebral Palsy Alliance (opens in a new window).

The filmmaking collective— made up of creatives with Cerebal Palsy— have titled the exhibition 'Sweded' which is inspired from Michel Gondry's film Be Kind Rewind. To swede a film is to recreate a summarised, low budget, version of a popular movie. Each collective member was able to 'swede' a film of their choice which forms the foundation of the exhibition. Among the favourites are Fast and The Furious (2001), The Swan Princess (1994) and Pricilla, Queen of the Desert (1994).

The exhibition launch will showcase stills from each film as well as a screening of the accompanying trailers. Members of the Cerebral Palsy Alliance will also present a group performance at the opening.

Project Co-ordinator from the Prairiewood Cerebral Palsy Alliance Stephen Wilson-Alexander, says it is the first time the group have used green screens, pyrotechnics and models in the filming process.

"This project is important because everyone gets the chance to have their own movie made and take on the responsibility of lining up the scenes and acting in them," he says.

The public are invited to attend the exhibition opening at 1pm on 8 September 2017 at the Bankstown Campus which will be launched by Monica McMahon. The exhibition will run until 6 October.