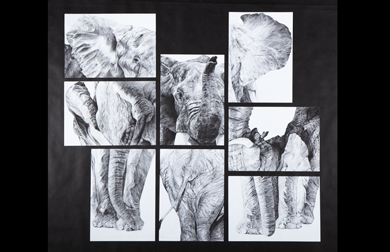 One of the nation’s oldest buildings is hosting an exhibition showcasing some of Australia’s youngest, up-and-coming artists as part of ARTEXPRESS.

From 29 June to 28 July 2012, the recently named Margaret Whitlam Galleries within the historic Female Orphan School at the UWS Parramatta campus will house a regional ARTEXPRESS Exhibition.

Each year, Higher School Certificate (HSC) Visual Arts students submit their major projects to the Board of Studies New South Wales and the New South Wales Department of Education and Communities for marking.

Only the best of the best are selected to be featured in the ARTEXPRESS Exhibitions – which are hosted by the Art Gallery of NSW as well as ten other regional venues across the state.

In 2011, 9,775 artworks were submitted as part of the 2011 HSC examination. 499 bodies of works were nominated for ARTEXPRESS and only 267 were ultimately selected for the regional exhibitions. 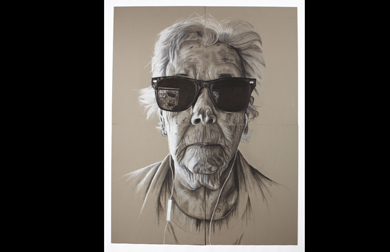 UWS Curator, Ms Monica McMahon, says 54 of these artworks have been selected for the UWS exhibition within the Female Orphan School.

“Each regional exhibition of ARTEXPRESS is unique and distinct and represents the high standards and diversity of Year 12 Visual Arts students in New South Wales schools,” says Ms McMahon.

“Within each exhibition, too, the style of the art varies significantly. The UWS exhibition will feature artworks from students across the local region and the state and will include an exciting mix of paintings, drawings, graphic design, prints and photos, as well as sculpture, textiles and ceramics.”

Ms McMahon says the high standard of the student’s works paint an optimistic picture of the future of the visual arts in Australia.

“The possibilities for these collections of works were limited only by the student’s own imaginations, and are thus limitless,” says Ms McMahon.

“In this exhibition, visitors will see a range of unique styles and subject matters, which provide an insight into each of the student’s interests, concerns, and the issues in their lives that are most important.” 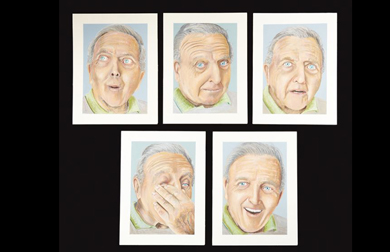 Ms McMahon says some key themes have emerged in the UWS exhibition: including the importance of family, the natural environment, and the ageing process.

A series of portraits entitled Pa remembers when, by Nitida Violet Atkinson from Moruya High School, is a captivating and endearing collection which reflects on a young girl’s relationship with her grandfather, and what it means to grow old.

Acacia Josephine Peterson from Sapphire Coast Anglican College also explored the world through the eyes of a family member – and made an important social comment on generational difference – through a drawing of her Grandma wearing sunglasses and listening to an iPod.

Anna Ye, from James Ruse Agricultural High School, used drawings of an elephant in Thick Skinned to reflect on the texture and personality of skin. Michael John Ferris, The King’s School, also used the form of the African Elephant in his series of sculptures, Domino, as a way of reflecting on the link between man and animal and how issues such as AIDS, war and poverty can render a country helpless. 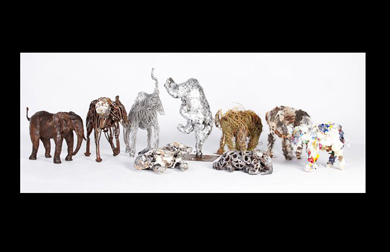 ARTEXPRESS is presented by the NSW Department of Education and Communities and the Board of Studies NSW. The University of Western Sydney is a supporting sponsor of ARTEXPRESS.

For a full list of ARTEXPRESS Exhibitions and student artworks, visit: http://artexpress.artsunit.nsw.edu.au/