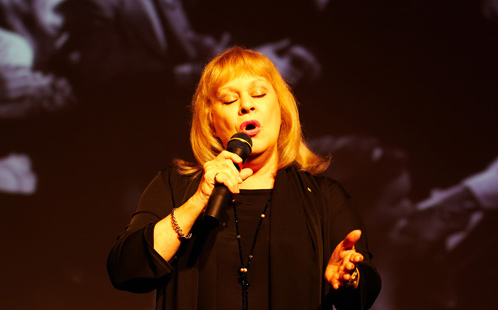 An exhibition of new artworks inspired by the two iconic speeches Gough Whitlam delivered in Blacktown in 1972 and 1974 are on display in partnership with the Whitlam Institute within the University of Western Sydney.

Legendary Australian singer Patricia Amphlett joined Anthony Whitlam and other luminaries to launch the event at the Blacktown Arts Centre.

In the early 1970s, Australians were demanding social change, rallying for sexual and racial equality, and against the Vietnam War.

In this climate of disquiet, Edward Gough Whitlam, firstly as opposition leader and then as Prime Minister, journeyed to Blacktown to deliver two of the most iconic speeches in Australian history.

Whitlam chose Blacktown because the area and its people represented the opportunity, diversity and complexity of the nation – as the region still does today.

The artworks in It’s Timely reflect on the cultural changes that completely transformed life in our country.