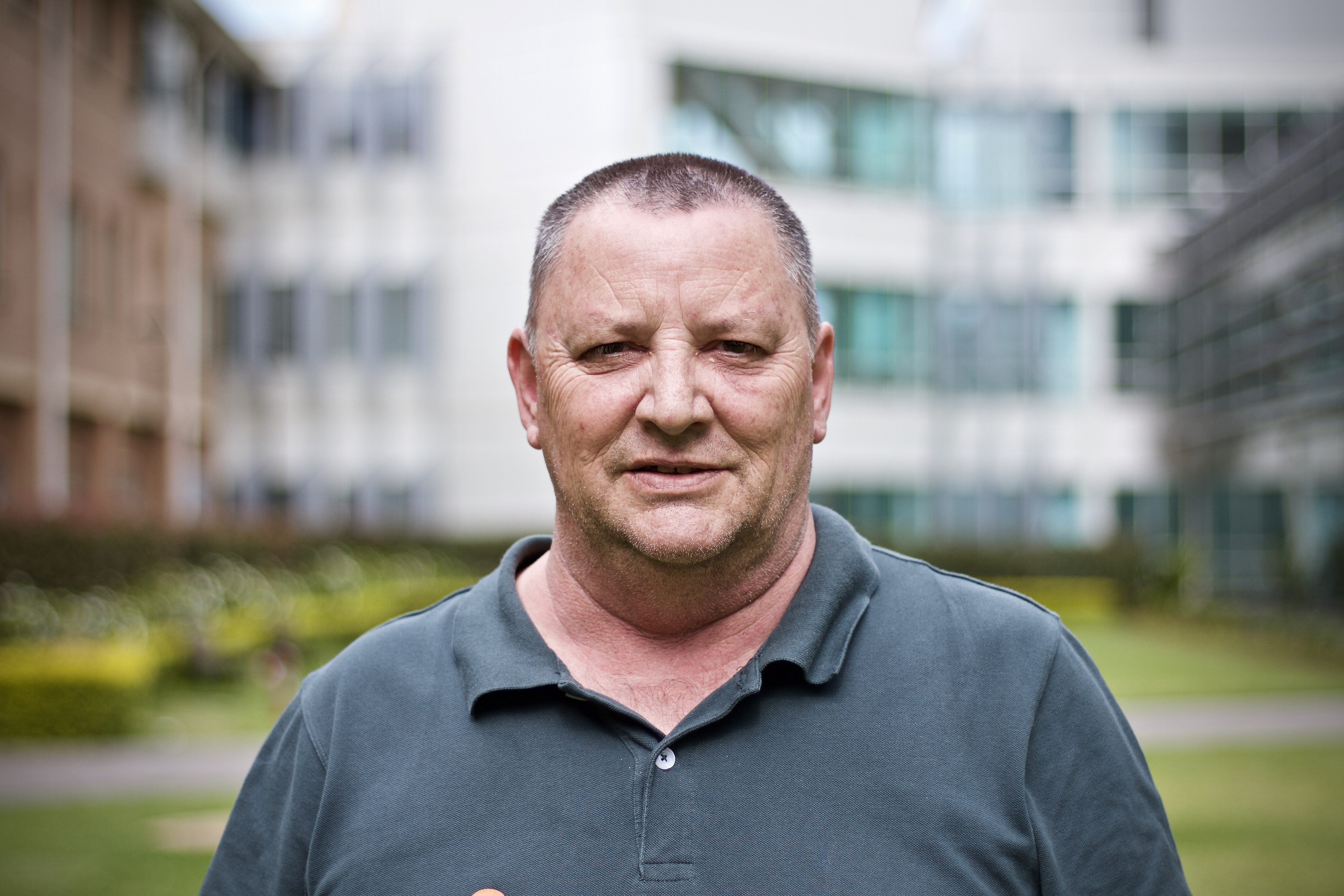 Micheal is a loving husband, proud family man and dedicated mental health peer worker. He is a lover of sport and all things competitive, ‘I’ll even race my wife to the car in the driveway’, laughs Micheal.

Micheal’s mental health journey started at 11 years of age when he heard his first voice. Since then, his life has been a roadmap of adventure, accomplishment and overcoming adversity.

This adversity started immediately when Micheal was a baby. He beat meningitis – an inflammation of the meninges that covers the brain and spinal cord. When Micheal was 11, his life turned upside down when his father left the family home leaving his mother and siblings behind. Micheal began to hear voices coming from his bedroom cupboard and noises from outside the window. He believes this is where his mental illness may have started, ‘I couldn’t handle the reality of my father leaving so I went into a fantasy world’, he adds.

At 13, Micheal spent time in hospital and was diagnosed with temporal lobe epilepsy after he would black out and not know what he had done. At 16, Micheal was playing professional squash and was ranked second in Australia in the under 17 division. However, he had difficulty playing hearing up to 4 voices telling him to cause harm to others and break his racquet.  At school, Micheal asked a friend if they heard voices too. ‘What’s the matter with you?!’ was the response. That’s when Micheal knew he was different.

Over a 20 year period, Micheal used drugs and alcohol to cope with hearing voices and his feelings of not being in control of his life. Micheal went through a relationship breakdown, lost accommodation, became homeless for two years then could not see his children for many years.

He started a relationship with his now wife of 30 years, June and had two other children. For the first 10 years of this relationship, Micheal was undiagnosed and not taking any medication for his mental health needs. He was looked down upon by people in the community and misunderstood because he was living with a mental illness. With his world in chaos, Micheal attempted to end his life. Recovering from this, he was forced with a decision – to get treatment, stay with June and see his children or continue self-medicating.

Micheal’s biggest fear is hurting his family and letting them down. At 35, after years of living with addiction, family relationship breakdown and losing children, Micheal went to Odyssey House - a residential drug and alcohol rehabilitation centre that also provides mental health support. ‘I was out of control and needed support’, he adds. Micheal spent four months at Odyssey House participating in recovery and therapeutic programs supported by counsellors and medical staff. Micheal used this time to beat addiction and has been free from drugs for 20 years and 5 months, ‘I still count months, because every now and then something will happen and you’ll feel like getting away from reality, but that’s not what I do anymore’, he says proudly.

Micheal is well known across South Western Sydney and was nominated as a face of Macarthur. For 11 years, Micheal volunteered for high responsibility roles in the Rural Fire Service and 20 years for the Anglicare Disaster Recovery Service. He also spent time on the Parents & Citizens (P&C) Committee at his daughters’ school. One of his accomplishments in this role was applying for funding so corridor shelters could be built. This meant students could move between classes without getting wet when it rained, ‘When I couldn’t work, I put myself into community work’, he adds.

Micheal recognised he enjoyed supporting people individually and loved being connected to his community. In 2007, he took this skill and moved into mental health peer work and has held roles since then with a variety of mental health organisations. He uses his lived experience to support others in their mental health recovery and goals for community living.

In Micheal’s life, his biggest supports have been his mother and his wife, June. Growing up, his mother worked four jobs so he and his siblings had a house to grow up in. She would advocate to health professionals on his behalf and is someone he goes to daily for advice. Micheal’s wife has supported him through his toughest times and has been a key person in his recovery, ‘I don’t know where I would be if it wasn’t for June’.

Recently, Micheal utilised the You in Mind service, a psychological support for people who have or are at high risk of a diagnosed mental illness across population groups in South Western Sydney. Micheal used this service to talk about his day at work, his role as a father and grandfather and what was troubling him. Micheal acknowledged his need to find extra support when necessary, ‘I’m not too proud to say that I need help’, he reflects.

What Micheal is most proud of today is his resilience and survival. Today, Micheal hears 7 voices and he uses his lived experience of schizophrenia to support others. His experiences of adversity have shaped him into the charismatic, approachable and helpful mental health professional people gravitate towards. Micheal’s advice to other men is seek support early and to believe in yourself, ‘If I can support one person to change their life, it’s been worth it - I’ll then go find the next person.’

Micheal’s story is a part of the Tackling the Challenge Project, a collection of local men’s stories about resilience and recovery. If you have a story to share and would like to know more, contact Gabi Martinez on Gabriela.Martinez@health.nsw.gov.au or on 4621 8714.

Micheal’s story is a part of the Tackling the Challenge Project, a collection of local men’s stories.