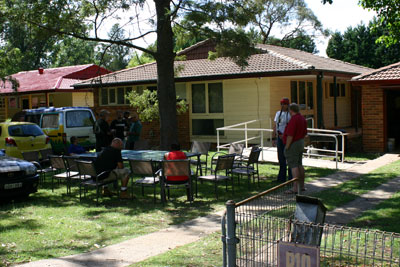 MHIRC operates out of two buildings at Hawkesbury, with the second building being the home of the Jumna Wal Aboriginal Men's service. The traditional owners of the land around Richmond and the Hawkesbury are the Darug tribe, and "Jumna Wal is Darug for "We Care". The Jumna Wal project commenced in 2011.

The project evolved from the 'Revolving Door' concept which explored ways to beat the cycle of recidivism, the pattern of continually returning to prison when it becomes a safer, more certain place than the outside world.

Jumna Wal consists of nine sessions run over nine weeks.  The program brings interested participants to the Hawkesbury campus each week and consists of a forum-style session with speakers from relevant organisations such as Housing NSW, CentreLink and Drug & Alcohol Centres.