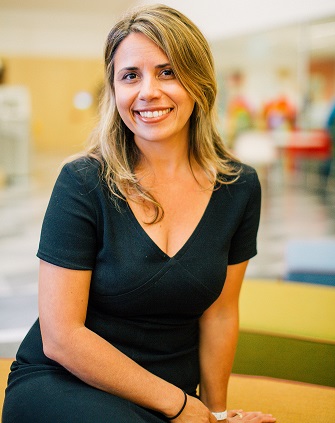 Tanya Denning-Orman is a Birri and Guugu Yimidhirr woman from North Queensland. Raised on Kanalu country in Central Queensland in the mining town of Blackwater, Tanya's mother's family lived under the Aboriginal Protection Act that saw them removed from their traditional lands and placed in the communities of Hope Vale, Worrabinda and Palm Island, until they were permitted to leave in the late 1960s. This coincided with the year they were able to vote in Australia as citizens. Tanya's mother married a British immigrant and their partnership gave Tanya and her sibling's exposure to international experiences and different perspectives on life in Australia. Tanya credits her career to her upbringing which she says has led her to passionately pursue storytelling as a vehicle to empower those without a voice.

In 1997, following graduation from Central Queensland University in Rockhampton with a Bachelor of Arts majoring in Communications and Journalism, Tanya embarked on her media career. For nearly two decades, Tanya has held positions as a journalist and producer for ABC and SBS and  her career highlights include gaining mainstream exposure on the issues and achievements of Aboriginal and Torres Strait Islander people. In 2004, a series of reports Tanya produced for SBS on Fetal Alcohol Syndrome gained national recognition and she was given the Prime Minister, National Drug and Alcohol award for Excellence in Media Reporting.

Tanya operated her own small production business in 2007 when she was asked to join the newly formed narrowcaster National Indigenous Television Ltd as one of its first Commissioning Editors.  Four years later at the age of 36, Tanya was offered the position of NITV Channel Manager, where she led the organisation's transition into the SBS network and launched as a free-to-air channel, available to 95% of homes in Australia.

Still at the head of the channel, Tanya is one of the youngest television executives in Australia and one of only a handful of Aboriginal women in a leadership role in media. NITV is a 24-hour channel broadcasting content made predominantly from the Indigenous production sector including daily news and current affairs, entertainment, documentaries, sport and children's programming. As the Channel Manager, Tanya directs the overall management and programming of NITV, which through diverse and innovative multi-platform content welcomes all Australians to celebrate Indigenous culture and storytelling.