Media for All
Home 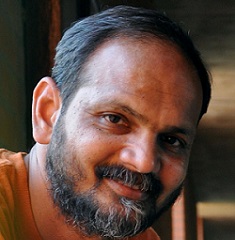 Brij Kothari grew up in the Sri Aurobindo Ashram in Pondicherry, India.  He has a PhD in Education from Cornell University, USA, and a Masters in Physics from the Indian Institute of Technology, Kanpur. He is on the faculty of the Indian Institute of Management, Ahmedabad (IIM-A) and the founder of PlanetRead and BookBox, dedicated to scalable solutions for literacy and language learning, using ICTs. He serves on the World Economic Forum's Global Agenda Council for Education. He is an Ashoka Fellow and a Schwab Social Entrepreneur. He was a Reuters Digital Vision Fellow at Stanford University. His research primarily focuses on literacy and primary education in developing countries. He is a regular columnist on social innovation and entrepreneurship.

At IIM-A and PlanetRead, Brij Kothari and his team have innovated, researched and implemented Same Language Subtitling (SLS) on television for mass literacy. SLS on Bollywood film songs delivers reading practice to 200 million early-readers in India, prompting Bill Clinton to call it "a small change that has a staggering impact on people's lives. "BookBox produces animated stories for children, integrated with SLS, to deliver reading and language learning in over 30 languages. The SLS innovation received the International Literacy Prize from the Library of Congress (Washington, D.C.) and was granted awards from the All Children Reading Grand Challenge (USAID), Tech Museum of Innovation (San Jose), the Institute for Social Inventions (London), Development Marketplace (World Bank) and the NASSOM Foundation.

Same Language Subtitling (SLS) on TV for Mass Literacy: A "Media for All" Perspective from India
By Brij Kothari

Functional illiteracy is not often thought of as a barrier to media access. Subtitles are seldom conceived as an instrument for functional illiterates, because, subtitles presume an ability to read (Closed-Captioning is for the deaf and hard of hearing who can read. Karaoke is for the entertainment of readers).

With media increasingly taking on digital forms, where the consumer exercises enormous control over when, what, where, on which device and in which language content is consumed, even co-created, I argue that functional illiteracy is a major barrier for media access and engagement in developing countries.

Since its conception in 1996, the Same Language Subtitling (SLS) project in India has envisioned daily reading practice as an inescapable and integral part of mainstream entertainment on TV. The simple and cost-effective concept behind SLS is to subtitle existing song-based content on TV in the "same" language as the audio.  Word for word, what you hear is what you read – a Hindi song subtitled in Hindi, a Tamil song subtitled in Tamil and so on in any of the 22 official languages.

Officially, India has 273 million illiterates and 778 "literates" (Census 2011). However, an estimated 467 million "literates" are weak-literates who cannot read the headline of a newspaper or simple texts.  Only 311 million "literates" can read functionally. On the other hand, 750 million people watch, on average, more than 2 hours of TV a day. Bollywood-style film songs in most major Indian languages have a strong presence on TV. SLS of song-based content turns on automatic, everyday, and lifelong reading practice for all viewers. "Literacy for a Billion" is a realistic and achievable goal of the SLS project.

Following a decade of evidence-based policy engagement, SLS has been accepted "in-principle" by broadcast and educational policy, for a national scale up. But in practice, major hurdles remain to the policy ask for "SLS on every song in every language."

Although the SLS project was not conceived in a "media for all" framework, it is expanding media accessibility by transitioning millions of people from weak- to functional-literacy. Furthermore, it provides entry points for focused policy advocacy and bridge-building with the hearing and vision impaired communities around media accessibility.

The India experience with SLS has relevance for other developing countries. It was challenging but possibly easier putting subtitling on the policy map to address functional illiteracy. What can we do now to strategically leverage the policy inroads made by the SLS project, to expand media access to other constituencies in India, and by example, other countries? 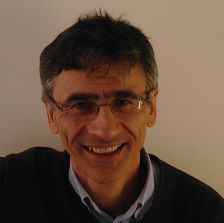 David Katan worked at the School for Interpreters and Translators in Trieste, Italy for 20 years before taking up the post of full professor of English and Translation at the University of Salento (Lecce) in 2006. He has been the senior editor of Cultus: the Journal for Intercultural Mediation and Communication, since its inception in 2008. David Katan specialises in intercultural communication and has over 60 publications, including the influential book Translating Cultures: An Introduction for Translators, Interpreters and Mediators (1997/2012); the headword entry  "Culture" for the Routledge Encyclopedia of Translation (2008); "Translation as Intercultural Communication" for the Routledge Companion to Translation Studies (2009); 2 entries for Benjamin's Handbook of Translation Studies (2012, 2013), and "Cultural Approaches to Translation"in the Wiley-Blackwell Encyclopedia of Applied Linguistics (2013). His research interests have more recently turned to investigating  "The Status of the Translator". The results of the first global survey with over 1000 replies were published in Benjamins (2012, 2013). He is currently working on the second global survey of the profession. He is a licensee of the diagnostic tool, "The International Profiler," allowing him to work with individuals on developing their intercultural competence.

What does accessibility actually mean? It clearly suggests enabling those with a disability, but also at the same time making allowances for the characteristics of those who cannot readily change their way of perceiving. The dis-abilities I will be focusing on are linguistic and cultural. Though one of these dis-abilities, I will argue, cannot be discussed without the other. Also, I will argue, though linguistic translation may well be enabling, language without attention to culture should not be presumed to have any effect whatsoever on changing a viewer's way of perceiving, which is why transcreation is necessary. Linguistic accessibility is an important step towards accessibility, but the question really is where does the accessibility lead to – towards perceptions similar to those of the original intended audience, or towards further misperceptions? Without a clearer understanding of how culture impacts on the understanding of language, stronger barriers and strengthening of negative stereotypes may well be the result. And indeed, as is already known, full access to the language only will result in one becoming a "fluent fool".

So, it will be argued, it is necessary – if we are to take accessibility seriously – to squeeze culture into the picture. The second part of the talk will, hence, focus on how at least some of the potential barriers may be reduced, guaranteeing a more genuine open access. These strategies rely partly on what has been called creative or even abusive subtitling and transcreation, borrowing from amateur fan-subbing, actual audience use of new media and the worlds of translation in the Arts and localisation. Pilot experimentation of audience response, through questionnaire feedback and eye tracking of a number of 'abusive' techniques will show that the positive response demonstrated so far should pave the way to effectively reducing barriers to understanding between different lingua-cultural groups and improve access as originally intended – as well as enabling the viewers to be more active rather than passive participants in the process.