World War One Refugees in Austria-Hungary and the International Community, 1914-1923

This project will examine how WWI refugee movements have contributed to the displacement of national communities and European states. The research is divided into two main parts: examining the situation in Austria-Hungary during WWI; and exploring how the League of Nations High Commission for Refugees assisted refugees with their resettlement after the war. 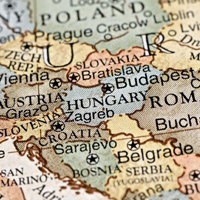 Dr Julie Thorpe is examining how WWI refugee movements have contributed to the displacement of national communities and European states. This project is funded by the Australian Research Council through its Discovery Projects grants scheme.

'Whenever there have been wars, there have been refugees – displaced people – sometimes in vast numbers,' says Dr Thorpe. 'During World War I (WWI) nearly two million people were displaced in the Austro-Hungarian Empire. The presence of these refugees contributed in part to the collapse of the empire. Almost overnight they became citizens of the new states of Austria, Hungary, Poland, Czechoslovakia, Romania and Yugoslavia. There is a growing need to examine the cultural complexities of wartime displacement and how it affects both local and global political systems and social structures and this project is the first international study of WWI refugees in the Austro-Hungarian Empire. It provides a new approach to refugee studies by examining local, state and international responses to refugees in Central and Eastern Europe within a global context.'

The research is divided into two main parts: examining the situation in Austria-Hungary during WWI; and exploring how the League of Nations High Commission for Refugees assisted refugees with their resettlement after the war. Historical analysis will include information and documents from field work, archives, letters, pamphlets, court reports, newspapers, journals and ethnographical collections. A case study will focus on the handcrafts made by women and girls in the refugee camps that are now in the collection of the Austrian Museum for Folklore in Vienna.

Understanding how history has dealt with refugee movement, laws and policies has a direct bearing on the issue of asylum seekers in Australia today. National and global obligation is contentious and the impact of detention and repatriation on displaced people's national identity is complex. This project will shed some light on these issues through a historical lens, focusing on refugee movements in and outside Europe during WWI and its impact on the local and global community.