Sydney's Chinatown in the Asian Century: From Ethnic Enclave to Global Hub

Sydney's Chinatown in the Asian Century: From Ethnic Enclave to Global Hub

The project examines the role of Sydney's Chinatown as a bridge in supporting economic and cultural links between Australia and Asia, and the activities undertaken by the City of Sydney to enhance those links in the era of rapid globalisation and rising Chinese power.

Professors Ien Ang, Donald McNeill, Kay Anderson and Dr Alexandra Wong of the Institute for Culture and Society, together with investigators from the City of Sydney are examining the transformation of Sydney's Chinatown in the 21st century. This project is funded by the Australian Research Council Linkage Project Scheme with the City of Sydney as partner organisation.

'Chinatowns are a legacy of the early 20th century, when they were typically conceived as alien enclaves of the East in the West,' says Professor Ang. 'However, the rapid pace of globalisation in the past few decades has brought significant changes over Chinatown. One can observe that Chinatown becomes a 'gateway' for intensified transnational flows of people, investments, goods and services between Australia and Asia. This project overturns the enclave paradigm in the study of Chinatowns and will document the transformation of Sydney's Chinatown into a transnational and hybrid economic and cultural space in the context of the rise of China.' 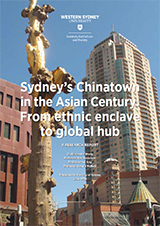 This project has three strands of research. First, a major survey will be undertaken as well as in-depth interviews with the business communities in Chinatown with the aim to examine their operations and networks within and beyond Chinatown, specifically with China and Asia more broadly. Second, an analysis of the City of Sydney Council's Chinatown Public Domain Plan and Public Art Plan to explore the significance of culture and heritage of Chinatown to different social groups. Third, a detailed study of the planning, staging and choreography of the annual Chinese New Year Festival in order to look into the organisation politics among different participant groups and the event's contribution to closer relations between Australia and China. A final report will be produced in the final year to inform the government and other stakeholders about the latest transformation of Sydney's Chinatown and their implications.

By examining the role of Sydney's Chinatown as a bridge in supporting economic and cultural links between Australia and Asia, and the activities undertaken by the City of Sydney to enhance those links, research findings will shed light on Australia's complex and uneven integration within the Asia-Pacific region and reconceptualise multiculturalism on the study of an 'ethnic precinct' and 'Asiannness'. The new knowledge generated from this study on the strategic management of cultural and ethnic diversity will also help government to design better policy to support urban development.

On Monday 9 March 2015, a public symposium on Sydney's Chinatown in the Asian Century was held at 4A Centre for Contemporary Asian Art in Haymarket. The symposium was an opportunity for the researchers, Chinatown stakeholders and members of the community to discuss the transformations of Chinatown in the past few decades. Professor Ien Ang presented findings of the research project. This was followed by a Q&A discussion with Professor Ang, Professor Donald McNeill, Professor Kay Anderson and Dr Alexandra Wong. Professor Ang's presentation is available on the link below. 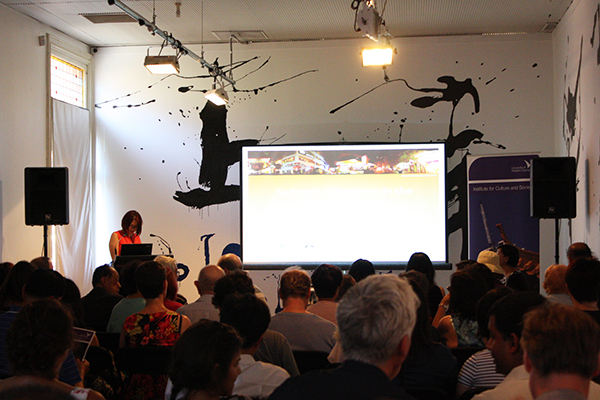 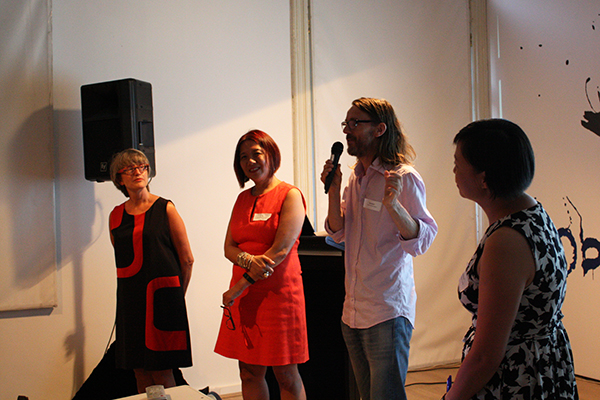