A Nation of "Good Sports"? Cultural Citizenship and Sport in Contemporary Australia

Sport is regarded, officially and popularly, as both characterising and uniting Australians. But sport's relationship to national culture is changing in response to shifts in both sporting participation and embodied/mediated spectatorship, and in the nation itself. This project reconsiders Australia's oft-remarked sporting 'obsession' in this dynamic context and its implications for cultural citizenship in the construction of (trans)national identities and affinities. It will advance conceptual and empirical understanding of the constituents of national sports culture and contribute to academic, policy and public debates surrounding Australia's sport and media systems, and the uses and meanings of sport among Australia's diverse citizenry.

Australia is widely regarded as both characterised and united by sport. Sport has an elevated place in Australia's official and popular national culture, and its reputation as a 'paradise of sport' has become a largely unquestioned aspect of Australian identity. But the established relationship between sport and nation is undergoing significant change in contemporary multicultural Australia. 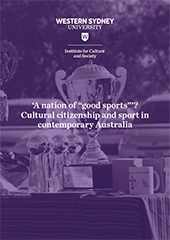 Focussing principally on sport participation and spectatorship, the aim of this project is to achieve an advanced understanding of sport's place in the lives of Australia's increasingly diverse citizenry. It focuses on the nation's most dynamic and diverse metropolitan region, Greater Western Sydney, exploring the extent of sport-related belonging, affinity and expression in an era of accelerating global change. This inquiry provides an opportunity to identify the direction of change in Australian national culture at a time when globalisation is intensifying, and global media - including global sports media – are increasingly available to people irrespective of where they live.

The significance of this project lies in its engagement with questions of nation and sport as they relate to 'cultural citizenship', which broadly concerns levels of engagement by all citizens in their national culture. Through this research a better grasp of sport's relation to Australian culture and identity will be gained, an enhancement of social scientific knowledge that will also assist the development of policies linking sport to cultural citizenship. 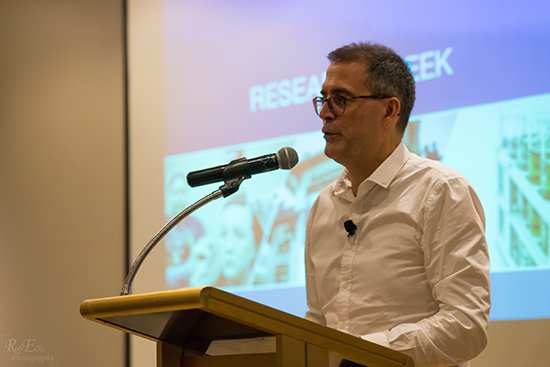 As part of Western Sydney University's inaugural Research Week, Professor David Rowe led a discussion entitled 'This Sporting Life? The Place of Sport in Western Sydney'. This free public event was held at Parramatta Leagues Club on Tuesday, 2 December, 2014. It addressed the concerns of A Nation of 'Good Sports'? Cultural Citizenship and Sport in Contemporary Australia. Professor Rowe presented preliminary findings from the project and addressed the social and cultural issues raised by the research. The event also included short presentations from Institute for Culture and Society (ICS) School-based member Dr Jorge Knijnik and ICS PhD student Keith Parry on their respective research on the developing place-based fandom of the Western Sydney Wanderers football and Great Western Sydney Giants Australian rules clubs. The event discussed the history, present and future of sport in the lives of people both in Greater Western Sydney and across Australia in a globalising world. Also briefly showcased in the event was research on sport and biomedical science currently being undertaken at the University.

The event was opened by Professor Scott Holmes (Deputy Vice-Chancellor Research & Development) and was attended by academics, students, sport participants, representatives of sport organisations and members of the general public. 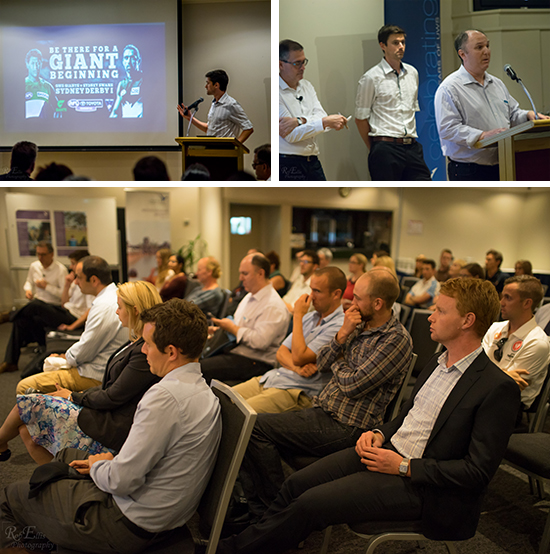