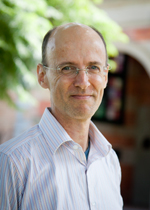 George Morgan's research interests range from urban studies to Aboriginality and post-colonialism, to youth and precarious labour, to the politics of moral panics.

His current research considers how urban working class and minority (including Aboriginal and Middle Eastern) youth respond to the challenges of finding work and developing vocational aspirations in the 'creative industries'.

Morgan, G 2016, 'Cannibalising the collegium: the plight of the humanities and social sciences in the managerial University', in J Habjan, S Gupta & H Tutek (eds), Academia and the production of unemployment, Palgrave.