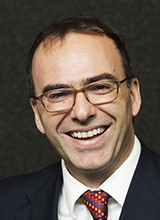 His is primarily interested in how materialist philosophy conceives democracy and sovereignty, with a particular focus on conceptions of technology.

What binds these diverse fields is the attempt to reassess epicureanism, an undervalued and under-researched school of thought from antiquity whose modern proponents, such as Spinoza, faced persecution.

Dimitris is currently serving as the Chair of the Australasian Society for Continental Philosophy, and is a member of Western Sydney University’s Human Research Ethics Committee.