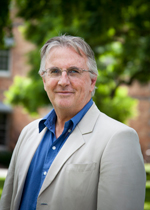 Professor Tim Rowse is a former Professorial Fellow in the School of Humanities and Communication Arts and is Emeritus Professor in the Institute for Culture and Society.

Although much of what he writes can best be described as History, his formal training has been in Government, Sociology and Anthropology.

Since the early 1980s, his research has focused on the relationships between Indigenous and other Australians, in Central Australia (where he lived from 1989 to 1996) and in the national political sphere. In the 1990s, this and other interests led him to write two books about the life and works of Dr H.C. Coombs.

Rowse, T 2017, Indigenous and other Australians since 1901 (opens in a new window), NewSouth Press, Sydney.