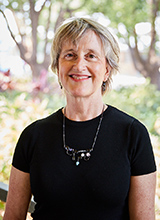 Kay Anderson has held professorial posts in Australia and the UK where her work has been supported by the Leverhulme Trust, the Smuts Memorial Fund, the Economic and Social Research Council, and the Australia Research Council.

Widely published internationally, including of award-winning books, she has research interests in diverse branches of Cultural Geography including: race historiography and critiques of humanism in postcolonial perspective, and; Australia's contemporary urban cultural diversity in trans-Asian context. These interests drew their early inspiration from the work on indigenous/settler relations of her (late) mentor, Professor Fay Gale, at the University of Adelaide.