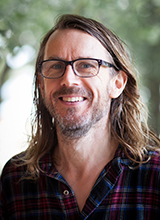 Donald McNeill is Professor of Urban and Cultural Geography. His work is located at the intersection of human geography, economic sociology, spatial planning, and urban design and architecture, with a particular interest in the political and cultural economy of globalisation and cities. He was an Australian Research Council Future Fellow (2012-2016) in the field of Governing Digital Cities, and has been a chief investigator on three ARC Discovery grants and one ARC Linkage grant since 2007. He is currently working on a new Discovery project on Volumetric Urbanism. His completed ARC projects are The Production and Contestation of Airport Territory (2008-2010), Cool Living Heritage in Southeast Asia (2012-2015), and Sydney's Chinatown in the Asian century (2013-2016).

He joined Western Sydney University in 2007, having previously held faculty positions at King's College London, Southampton and Strathclyde. He currently holds a university position as theme champion for urban living and society, is a member of the Australian Research Council College of Experts, and is chair of the Urban Studies Foundation.

He has published widely in human geography and urban studies, and his books include Global cities and urban theory (Sage, 2017), The global architect: firms, fame and urban form (Routledge, 2008), New Europe: imagined spaces (Arnold, 2004), and Urban change and the European left: tales from the New Barcelona (Routledge, 1999).

McNeill, D 2015, 'Global firms and smart technologies: IBM and the reduction of cities' (opens in a new window), Transactions of the Institute of British Geographers.