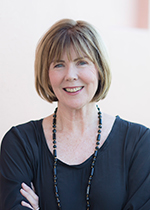 Deborah Stevenson, FASSA, is Professor of Sociology and Urban Cultural Research in the Institute for Culture and Society at Western Sydney University.

Her many publications include the books: Cities of Culture: A Global Perspective (2017; translated into Chinese and Serbian); The City (2013; translated into Polish); Tourist Cultures: Identity, Place and the Traveller (co-authored, 2010; translated into Turkish); Cities and Urban Cultures (2003; translated into Greek and Chinese and published under license in India and Southeast Asia); and Art and Organisation: Making Australian Cultural Policy (2000). In addition, she is co-editor of the Ashgate Research Companion to Planning and Culture (2013); the Routledge Urban Media and Communication Companion (2020); and The Australian Art Field: Practices, Policies, Institutions (2021).  Her book Cultural Policy Beyond the Economy: Work, Value and the Social will be published by Edward Elgar in 2022.

Professor Stevenson has been a chief investigator on nine successful Australian Research Council grants including the current projects ‘UNESCO and the Making of Global Cultural Policy: Culture, Economy, Development’ (DP180102074) and ‘The Collaborative Museum: Embedding Cultural Infrastructure in the City’ (LP200301481).

An Honorary Professor in the Faculty of Humanities and Social Sciences at the University of Bath until 2021, Professor Stevenson has held several senior positions at Western Sydney University notably, Foundation Dean of the Graduate Research School, Associate Pro Vice Chancellor Research, and Head of the School of Social Sciences.

Stevenson, D. (2020) The Unfashionable Cultural Worker: Considering the Demography and Practice of Artists in Greater Western Sydney (opens in a new window), The International Journal of Cultural Policy, 26(1): 61-80

Stevenson, D. (2017) Cities of Culture: A Global Perspective (opens in a new window). London: Routledge. First published in hardback in 2014.

Everingham, C., Stevenson, D. and Warner-Smith, P. (2007) Things are Getting Better all the Time’? Challenging the Narrative of Women’s Progress from a Generational Perspective (opens in a new window), Sociology (Journal of the British Sociological Association), 41(3): 419-437.

Professor Stevenson discusses the challenges and opportunities for contemporary feminism.