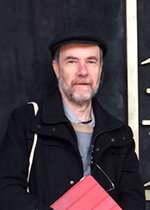 He is the author of Returning Home with Glory (HKU Press, 2018), which traces the history of peoples from south China’s Pearl River Delta around the Pacific Ports of Sydney, Hawaii and San Francisco.

Michael has taught at Beijing Foreign Studies and Peking Universities and is currently an Adjunct Fellow at Western Sydney University. His current research includes the Dictation Test, early Chinese Opera in Australia and a history of the Chinese in Australia.

Williams, M, 'Brief Sojourn in Your Native Land - Sydney's Huaqiao and Their Links With South China During the First Half of the Twentieth Century', Asians in Australian History Conference, Griffith University, June 1999.