You can’t have a Hollywood meet cute on a dating app — but is that such a bad thing?

The “meet cute” is the moment in which two unlikely people encounter each other while going about their ordinary lives, and something extraordinary begins.

In the romantic comedy The Holiday (2006), Arthur (Eli Wallach) describes it thus to Iris (Kate Winslet):

It’s how two characters meet in a movie. Say a man and a woman both need something to sleep in, and they both go to the same men’s pyjama department. And the man says to the salesman, “I just need bottoms”. The woman says, “I just need a top”. They look at each other, and that’s the meet cute.

The meet cute is a magical moment of happenstance. The people involved aren’t looking for love (at least, not right then).

In 1991, Roger Ebert rather prosaically described the meet cute as:

a comic situation contrived entirely for the purpose of bringing a man and a woman together, after which they can work out their destinies for the remainder of the film.

However you describe it, the meet cute is unexpected. It happens when romance is the furthest thing from the characters’ minds. But in real life, in the age of online dating, more Australians meet their partner online than through friends and work (let alone, while buying pyjamas).

Driven by new year’s resolutions, holiday break-ups, and the desire for a Valentine’s Day date, the “busy” period for dating apps in Australia spans from Christmas Day through to mid-February. Across this period in 2020, Australians sent over 52.8 million messages on dating app Bumble.

In many ways, finding a valentine is easier than ever. But dating apps aren’t conducive to stumbling into just the right person precisely when you weren’t looking for them.

They rely on a logic of active choice: you sign up to the app in pursuit of some form of coupledom. In interviews one of us, (Lisa), conducted with dating app users, many described these apps as pre-meditated and strategic.

When talking about what they might want in a relationship, many participants specifically desired a “Hollywood moment”, but felt this could never happen via a dating app.

Simultaneously, many felt meet cutes weren’t something that could ever happen to them: meet cutes were reserved for “special” people, not ordinary ones.

People seeking romance on dating apps are caught between two opposing forces: they feel apps provide the best opportunity to meet someone, but also that apps close down the possibility of a rom-com-style romance they dream of.

In the most famous rom-com featuring online dating, You’ve Got Mail (1998), Joe (Tom Hanks) and Kathleen (Meg Ryan) don’t meet on a dating site. They meet in an over-30s chatroom and pursue a correspondence, not realising they’re business rivals in real life.

They might have met online, but neither was looking for love - and their business rivalry makes them very unlikely lovers.

More recently, Netflix’s Love, Guaranteed (2020) pairs a man suing a dating site for failing to find him love (Damon Wayans Jr) with his lawyer (Rachael Leigh Cook). They meet because of the site — but because they’re suing it, not because they matched on it.

We see similar patterns in popular romance fiction. In Christina Lauren’s My Favorite Half-Night Stand (2018), the heroine finds love via online dating — but with her best friend, who she already knew.

In Kristin Rockaway’s How to Hack a Heartbreak (2019), the heroine creates her own dating app, but her happily ever after is with the guy who sits in the next cubicle. 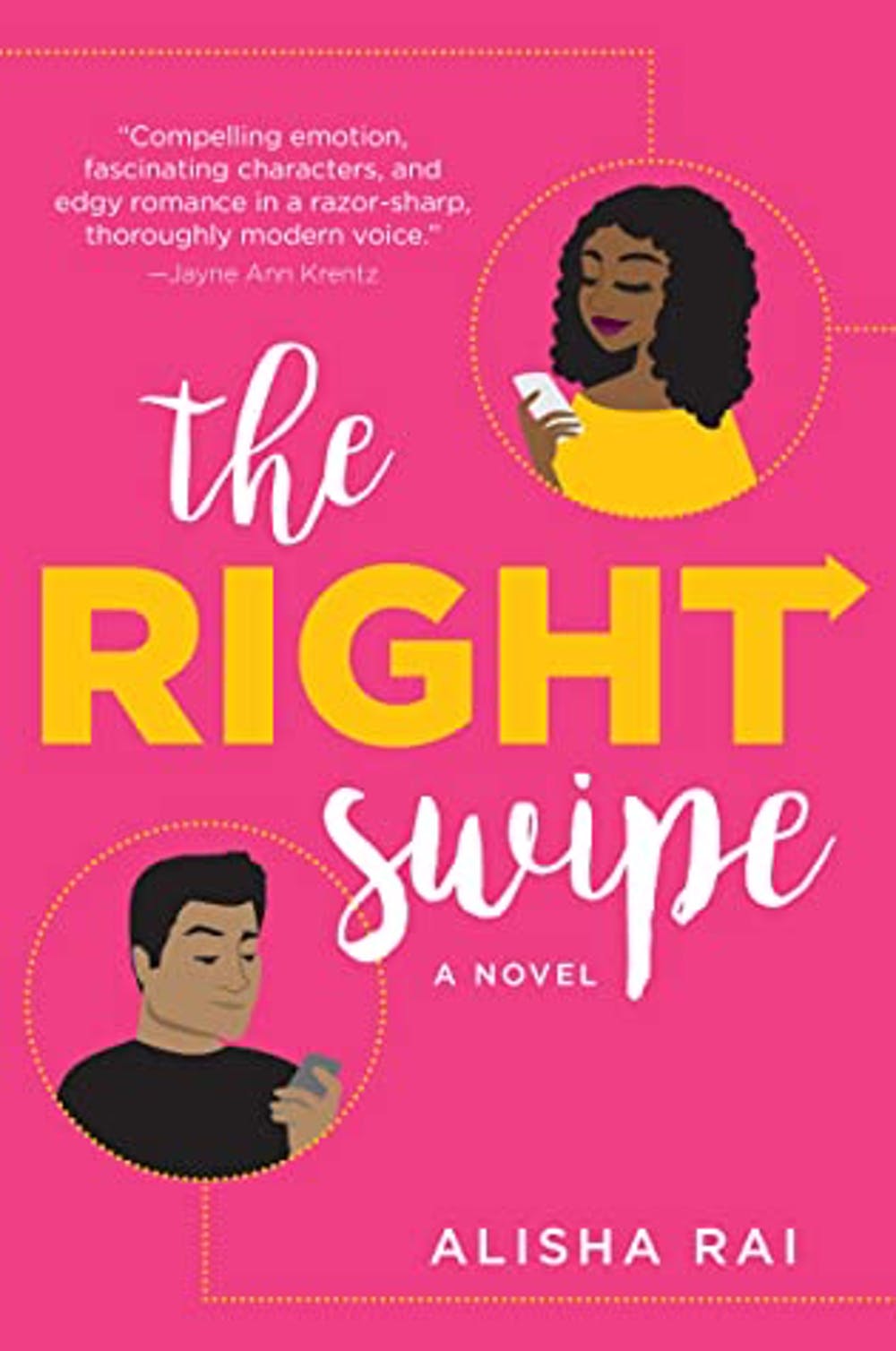 Cover page of Alisha Rai’s The Right Swipe (2019), via The Conversation

Meeting someone via an app might never feel exactly like the Hollywood rom-com meet cute participants in Lisa’s research were looking for — but this isn’t necessarily a bad thing.

Romance narratives are driven by conflict. There’s usually a reason the two people can’t be together, a conflict they spend the whole story overcoming.

In Notting Hill (1999), Will (Hugh Grant) and Anna (Julia Roberts) have a classic meet cute when they bump into each other and he spills his orange juice all over her. But then they have to overcome the obstacles posed by the very different lives they lead in order to be together.

On dating apps, those looking for a relationship are searching for compatibility and chemistry, not conflict — for someone they could build a connection with, not the most unlikely person possible.

In other words: finding a valentine via an app is a lot more likely than running into them on the street or getting trapped in a lift with them.

And if it doesn’t feel quite like a rom-com, it might just be because we haven’t quite worked out how to tell that kind of story yet.