Successful settlement and integration are shared goals of refugees and the communities where they settle. The findings of our research (opens in a new window)released today highlight the importance of simple everyday encounters and experiences for newly arrived refugees to feel welcome in Australia. We also found refugees’ strong social bonds with family and community do not prevent them developing connections with the broader Australian community. 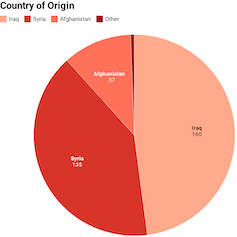 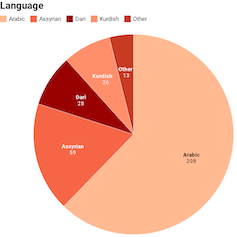 Most research on refugee integration focuses on areas like employment, education, English proficiency and health. Our research shines a light on aspects of settlement that are often overlooked: refugees’ social connections. The social dimensions of integration help them to build resilience in the face of the challenges of navigating a new chapter of their lives in Australia.

These social connections help lay the foundations for belonging. Ultimately, this promotes their long-term integration.

We surveyed 334 refugees in their preferred language. All were past participants in an on-arrival settlement program in New South Wales. We conducted 15 follow-up interviews.

Importantly, all the survey participants had permanent residency in Australia. This gave them full and equal access to rights and services. We believe this was a critical factor in the high levels of belonging they reported.

The security of permanent protection provides a bedrock for high levels of trust in both the Australian community and institutions. The majority of respondents reported strong trust in: 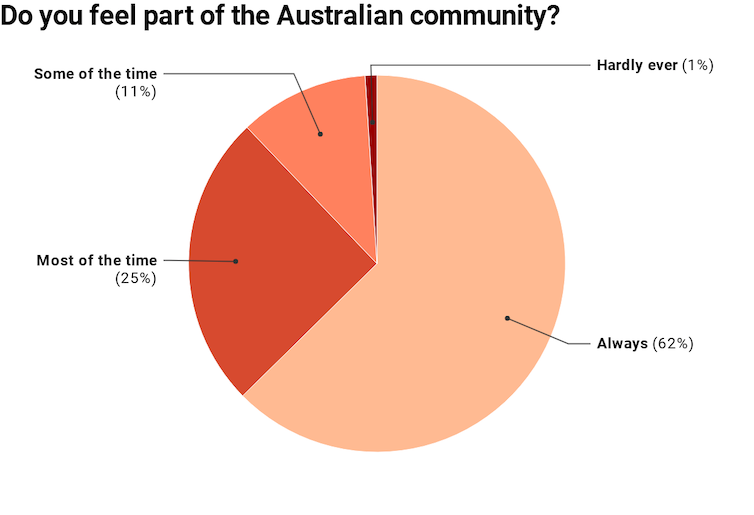 As refugees engage with their ethnic and religious communities, our research found they also develop a strong sense of belonging to their local neighbourhood and mixed friendship networks. 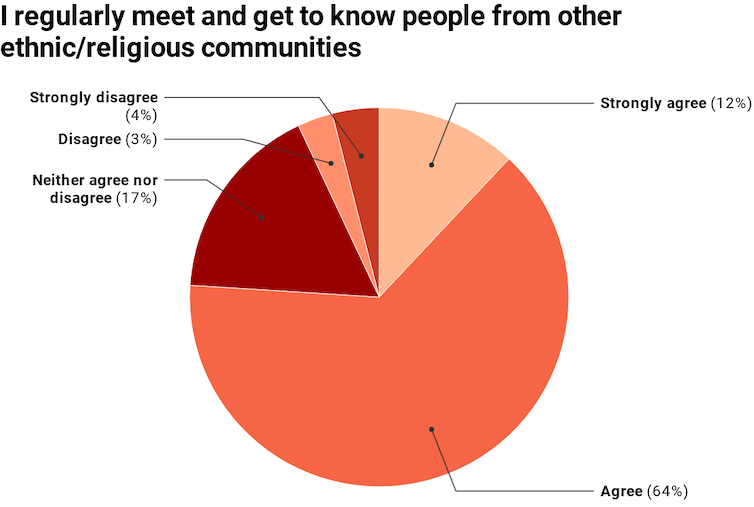 Over three-quarters of respondents regularly meet and get to know people from ethnic and religious backgrounds other than their own. This indicates a high level of interactions and social bridges in everyday situations.

However, age, gender and particularly place of residence all play a role. Refugees living in regional areas were more likely than people in metropolitan areas to regularly meet people from ethnic/religious communities other than their own (90% strongly agree/agree in rural areas compared to 81% in urban areas). Men were more likely to regularly meet people from different backgrounds (81% strongly agree/agree compared to 70% among women), as were those between the ages of 18 and 24 (79%).

We found it’s mainly everyday encounters and experiences that foster refugees’ social bridges to the wider community. Their rates of participation in formal community activities – such as school, parent support groups and youth groups –  were relatively low.

Despite reporting language difficulties in talking with their neighbours, refugees had high levels of trust in their neighbours and neighbourhoods. This was a result of positive and regular interactions and experiences. 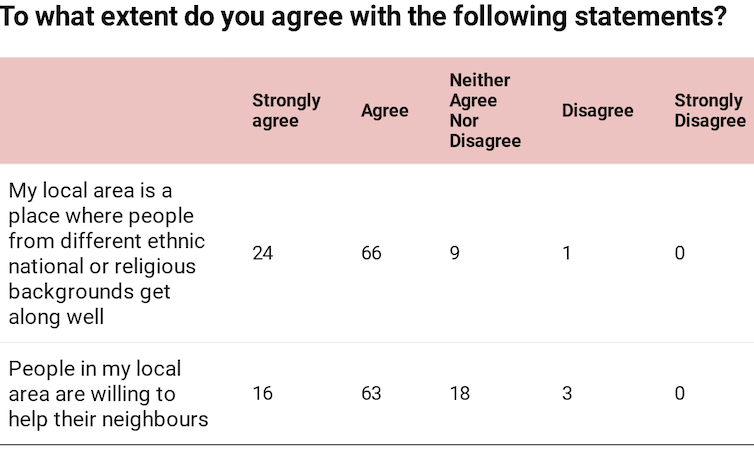 The findings suggest that local, everyday and neighbourhood-level social bridges are a critical part of refugee belonging.

It is at this local scale that policy and service interventions are most likely to succeed. The findings also highlight why it’s important to safeguard and enhance positive attitudes towards refugees in the wider community.

For example, 25-year-old Maher from Afghanistan, who arrived in 2017, spoke about the importance of neighbours being friendly. He remembers them saying hello to him when he first arrived:

"The neighbours were always very welcoming and warm, and usually when they see me they were greeting me well and it was making me feel very comfortable."

Aram, a 39-year-old Armenian man from Syria, also arrived in 2017. He, too, valued the general friendliness in his multicultural neighbourhood:

"The community where I’m at, or the neighbourhood, there are people from all different races, from Asian to Middle-Eastern, Africans, they are all different nations. So we get along really well. We all say ‘hello’ to each other, very courteous to each other. So, in both ways, it feels that I’m welcome from this end and welcome from the other end."

These are the simple things anyone can do

Overall, our findings suggest people in the community can do a number of simple, everyday things to help refugees feel welcome. And, in doing so, they support their integration. Suggested actions include: