“In a world where the wealthy elite control the media, elections and lives of working people, we’re faced with two choices – accept it or fight for something better.”

That’s the premise of Tonight We Riot (opens in a new window), a new video game for touted as a leftist response to the “neocon fantasies” like Call of Duty.

Too many games “enforce this idea that the very best way to make the world a better place is by massive military force, that you don’t need organisation and societal change”, developer Stephen Meyer (opens in a new window)has explained. “In our tiny little way, we were trying to be an answer to that.”

But it’s a seductively simplistic answer for anyone serious about worker liberation in 2020.

Tonight We Riot is “an explosive crowd brawler with retro vibes”. It’s a revolutionary fantasy in which worker liberation is achieved through violent street battles.

Sure, it’s fun. But some might think this fantasy epitomises the modern movement for worker liberation.

Rather than dreaming of some wild uprising, many are implementing a quiet grassroots revolution. They are getting on with addressing the key problem told by Tonight We Riot: “Those who do not own the means of production will never know real freedom.”

A solution to not owning the means of production is to own it, through democratic and worker-owned enterprises.

However these ideas, especially in the 20th century, were often overshadowed by proposals to seize the means of production by force.

Cooperative principles, on the other hand, are opposed to coercion. Their agenda isn’t to simply smash capitalism but build something better.

One of the better known examples of a worker ownership is in Mondragón, in the Basque region. This area was ravaged by the Spanish Civil War and then neglected by the victorious regime of Francisco Franco. 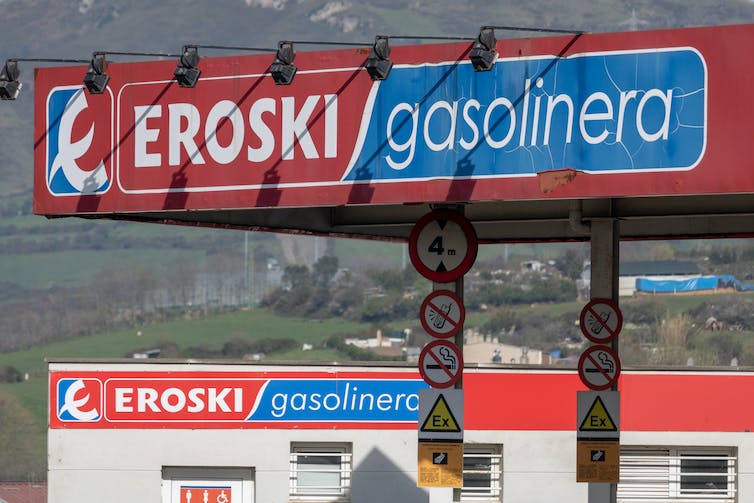 The Eroski supermarket chain, with nearly 1,000 outlets across Spain is a worker-consumer hybrid co-operative within the Mondragón Corporation group. Shutterstock.

Mondragón’s successes demonstrate the virtues of economic democracy (opens in a new window). Yet worker co-operatives remain relatively unknown. In part, this is because both news and entertainment media prefer the drama of conflict and competition over cooperation.

Our research (opens in a new window), however, suggests worker ownership should be a central plank to rebuild more sustainable, equal and resilient post-COVID-19 economies.

A capitalist business is owned by whoever puts up the money. Capital employs labour. The point is to make a profit for the owner/s.

In a worker-owned enterprise, labour hires capital. The workers are the shareholders. The point is to provide dignified work that supports workers and society at large.

In most other respects the business models are similar. Both need a viable turnover and have boards of directors. But in the worker-owned business the workers elect the board, and maximising profit comes second to providing livelihoods and serving the community.

During past economic difficulties, co-operatives within the Mondragon network have prioritised saving jobs by worker-owners voting to forsake dividends or accept lower pay instead of seeing co-workers sacked.

The support the cooperative  give each other is also crucial. In the wake of the 2008 global financial crisis, for example, one of the network’s largest and oldest co-ops (Fagor, a white-goods manufacturer) failed (one of a few to ever do so). The Mondragon network responded by retraining and finding jobs (opens in a new window)with other co-operatives for the 2,000 affected workers.

Crises can also spur the establishment of worker cooperatives.

One of the best-known is Hotel Bauen in Buenos Aires, which went bust in late 2001. In 2003 former hotel staff occupied the shuttered building and began running it themselves. It is still going. 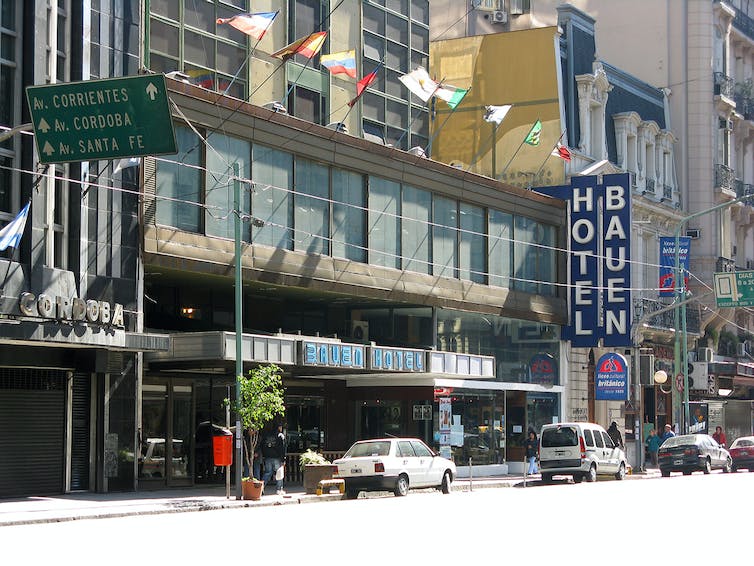 As of 2018, Argentina had about 400 recuperated enterprises (opens in a new window). These provided livelihoods to 16,000 workers in industries from metallurgy to textiles and education.

Our research in Argentina (opens in a new window)shows democratic enterprises pay workers equally, open premises up to community initiatives, and direct their surpluses into local development.

Their response to the COVID-19 pandemic is notable too, with a number converting their operations to produce medical supplies (opens in a new window).

Australia has a long tradition of consumer cooperatives, particularly in financial services and agriculture. But worker cooperatives remain few in number. Three examples are:

Though the ethos of cooperation is self-help, government policies play a critical role in their establishment and growth.

Many people would like to start a cooperative. But they need help with business skills and access to capital.

Countries with more developed cooperative sector give such support. Italy, for example, has laws (opens in a new window)to encourage “negotiated conversions” of businesses to cooperatives. This includes funding to assist worker buyouts and  training in business management skills, as well the skills required for democratic decision-making.

Both federal and state governments need to ensure laws and business support programs don’t exclude the needs of cooperatives. Specific support for start-up funds (opens in a new window), education and training is key.

More generally, the cooperative movement is also impeded by a lack of public awareness. In a 2017 survey, for example, just 47% of Australians (opens in a new window)said they had heard of co-operatives or mutual enterprises, yet 85% were actually members of one.

Ironically, the developers of Tonight We Riot, Pixel Pushers Union 512 (opens in a new window), are also organised as a worker co-operative.

Perhaps the principles of co-operative and mutual enterprise (opens in a new window)would not have made for a headline-grabbing video game. But unlike dreams of street-fought revolution, the work of creating more democratic workplaces and economies is already underway. It is as important as ever.