A new report by Western Sydney University's Institute for Culture and Society (ICS) paints a complex picture of the role of the arts and cultural activity in the Greater Western Sydney region of New South Wales.

The Recalibrating Culture: Production, Consumption, Policy study is to be launched on Saturday 10th June at 1pm at Casula Powerhouse Arts Centre.

Recalibrating Culture: Production, Consumption, Policy is based on work carried out as part of an Australian Research Council-funded Linkage Grant (LP130100253), led by Professors Deborah Stevenson and David Rowe. The research project explored the working environment of artists and cultural practitioners who live and/or practice in Greater Western Sydney. This is a region where cultural arts funding and support has been traditionally low. 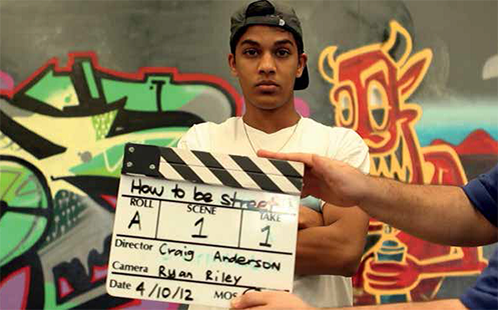 "Such findings point to how important it is to understand the extent and nature of the creative work that is being undertaken in Western Sydney and to consider what this means in terms of cultural policy."

Professor David Rowe, the other Chief Investigator adds, "The research indicates that there is widespread arts and cultural activity across Greater Western Sydney, and that it's connected in various ways to all of metropolitan Sydney."

"Like most artists and cultural practitioners, the working lives of our research respondents are quite complicated and precarious. They are organised in ways that allow them to be as creatively active as possible while largely supporting themselves by other means".

"Although many creative people in Western Sydney feel rather marginalised and under-supported, there is some compensation in a strong feeling of community and of being less aesthetically constrained than those who may receive greater attention in the inner city", he said.

The report contributes to debates surrounding contemporary cultural employment and activity in Australia, with a particular, much-needed focus on the complex and changing Greater Western Sydney region. It discusses key project findings, with a focus on the nature of artistic and cultural practice, respondents' creative work and support systems, where and how their work is undertaken, and what is needed to enable arts and cultural practice to thrive in the region.

The report finds that:

The report makes a series of recommendations concerning the needs and priorities of artists and cultural practitioners which need to be made more central to the processes of cultural policy and planning. The imperative of cultural recalibration is to adjust arts and cultural policy settings in ways that nurture and value creative practice, wherever it is located and irrespective of the social status of those engaged in it.

2. Undertake an audit of existing arts and culture presentation spaces across the region.

3. Establish paid or subsidised artist-in-residency programs in the West.

4. Develop a small grants program for arts and cultural activities in the region.

5. Celebrate 'success' stories in the Greater Western Sydney region through a targeted campaign.

6. Enhance the arts and culture profile of Western Sydney through advocacy and partnerships.

7. Establish a continuous research program to enable longitudinal analysis of arts and culture in the region.

8. Tackle the issue of training and establish a mentoring program for different levels and types of arts and cultural practitioner career.

10. Counter creative and cultural worker stereotypes within and beyond Western Sydney.

While the research report argues that Western Sydney's arts and cultural sector should be given unprecedented attention, its method, analysis and argument can be adapted to other city and regional contexts that have experienced comparable under-recognition.

The full report is published on the ICS website (opens in a new window).

Dr Josephine Caust of JoCaust Arts and Ms Cecelia Cmielewski of ICS were the other members of the research team, and are joint authors of the report. The research was originally conceptualised and developed by Dr Michael Volkerling, who died suddenly in mid-2014. Recalibrating Culture: Production, Consumption, Policy is dedicated to Michael in memoriam.