New Report Maps Culture in the City of Sydney 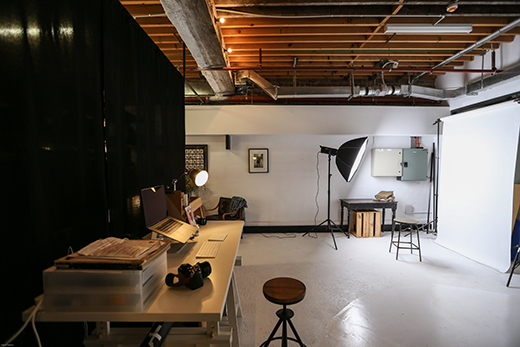 A new independent report produced by the Institute for Culture and Society (ICS) and commissioned by the City of Sydney has been released. The report, entitled Mapping Culture: Venues and Infrastructures in the City of Sydney (PDF, 4.13MB), used an innovative classification scheme and multi-layered methodology to map the City of Sydney's 3,106 cultural venues.

The researchers classified these sites into spatial, cultural industry, and venue types. They also established the 6,329 value chain roles (creation, production, dissemination, use or education) played by each cultural venue.

According to Professor David Rowe, a lead consultant of the project, 'It's important when looking at cultural infrastructure not to be too "venue centric". Concentrating too much on bricks and mortar means overlooking the dynamic flow of people and activities across the cityscape.'

'So, instead of simply attaching a label to a fixed cultural space, our research incorporated their multiple uses and relationships to other elements in Sydney's cultural environment', he said.

Distinguished Professor Ien Ang, the other lead consultant, added, 'This mapping exercise offers a more complex picture of space, use, activity and cultural relationships. In particular, it has embraced the multi-faceted nature of cultural space and practice, taking into account new developments that will inevitably disrupt spatial classifications and infrastructural functions'.

The report highlights the ways in which the City can make a series of innovative interventions in the cultural sphere in areas such as precinct distinctiveness and creativity in the public domain; new avenues for creative participation; sector sustainability; improving access and creating markets, as well as sharing knowledge and global engagement.

It concludes that the City of Sydney is well positioned to achieve international recognition as a leader in urban cultural policy through a 'culturally intelligent' approach to infrastructure mapping.

Professor Rowe observes, 'The report has made a strong start in developing an approach to cultural mapping appropriate for the City of Sydney. It demonstrates that types and intensity of cultural activities, venues and infrastructure vary considerably across city villages.'

He said, 'It provides a glimpse of transient, informal cultural practices that are not easily captured. Its data maps and analysis will assist the City in making informed decisions related to cultural policy and planning over the coming decades'.

The second phase of the study, looking specifically at spaces of cultural production, is about to commence. It will examine factors such as urban development, regulation, and rising property costs which are making it increasingly difficult to access affordable studio, rehearsal, office and creative workspace.

The report was launched by ICS and the City of Sydney on Tuesday 30 May 2017, 6-8pm at 107 Projects, 107 Redfern Street, Redfern. ICS researchers provided a summary of the report's findings, followed by a panel and discussion with creative practitioners who considered the barriers, opportunities and pathways to ensuring sustainable access to creative space in Sydney.