Congratulations to Professor Donald McNeill who has won the Vice-Chancellor's Excellence Award for Researcher of the Year 2016.

The award recognises outstanding work in research and in Donald's case, his importance in building a profile of university engagement in urban policy. 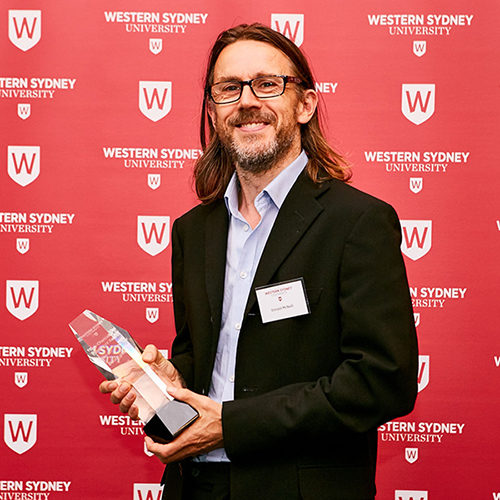 Professor McNeill is a major scholar who has demonstrated remarkable external grant success, consistent excellence in publications, and ongoing high-level research supervision and mentoring. He has the rare record of completing three Australian Research Council projects over the last three years, including a highly prestigious Future Fellowship. He has recently written a significant single-authored book, Global Cities and Urban Theory, and built a high-impact cluster of post-doctoral and PhD students in the field of smart cities and digital economies.

This is the second consecutive year that an ICS researcher has won the award, with Professor David Rowe taking the title in 2015. 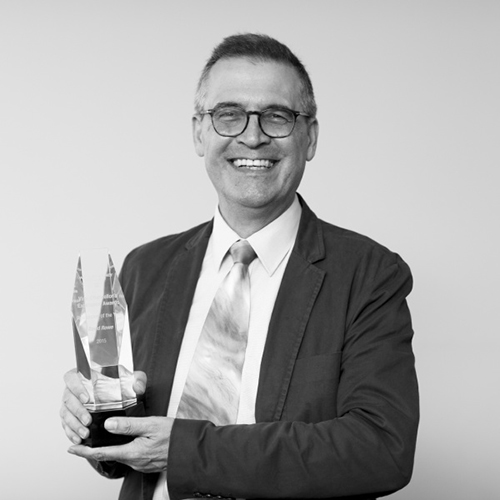 ICS Director Professor Paul James says this is a reflection of the significance and impact of the research coming out of the Institute and the dedication of its researchers.

'Western Sydney University is home to some extraordinary communities of research excellence. For scholars from the Institute for Culture and Society to be awarded the University's Researcher of the Year award for the second time in succession is a tribute not only to the brilliance of Donald McNeill and David Rowe, but also to their embeddedness in a strong culture of collaborative intellectual life.'

Professor McNeil was presented with his award at the University Awards ceremony on Tuesday 6 December.