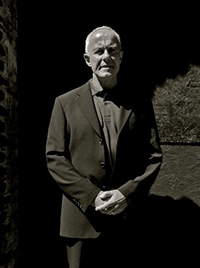 The Institute for Culture and Society congratulates Professor Dick Hobbs, who has been recognised for his major contribution to criminological research and education as the 2016 recipient of the British Society of Criminology Outstanding Achievement Award (opens in a new window).

It was presented on 6th July in Nottingham on the opening day of the British Society of Criminology's annual conference.

This is the highest academic honour in the field of criminology, with past recipients of the award including such major world figures as Stanley Cohen (2009) and Jock Young (2012).

Dick has been a member of ICS since 2011, when he took up a fractional appointment that is shared with the School of Social Sciences and Psychology.

He is renowned for his influential, 30–year contribution to urban ethnographic research, especially in the areas of crime, the night-time economy and, more recently, security at the Olympics.

Further recognition has come with the publication of a festschrift, Illegal Entrepreneurship, Organized Crime and Social Control: Essays in Honor of Professor Dick Hobbs (opens in a new window)(Studies of Organized Crime).

Dick Hobbs is co-editor of the major Routledge Advances in Ethnography series, which has contracted books from recent ICS alumnus Alejandro Miranda and School of Social Sciences and Psychology lecturer Amie Matthews.