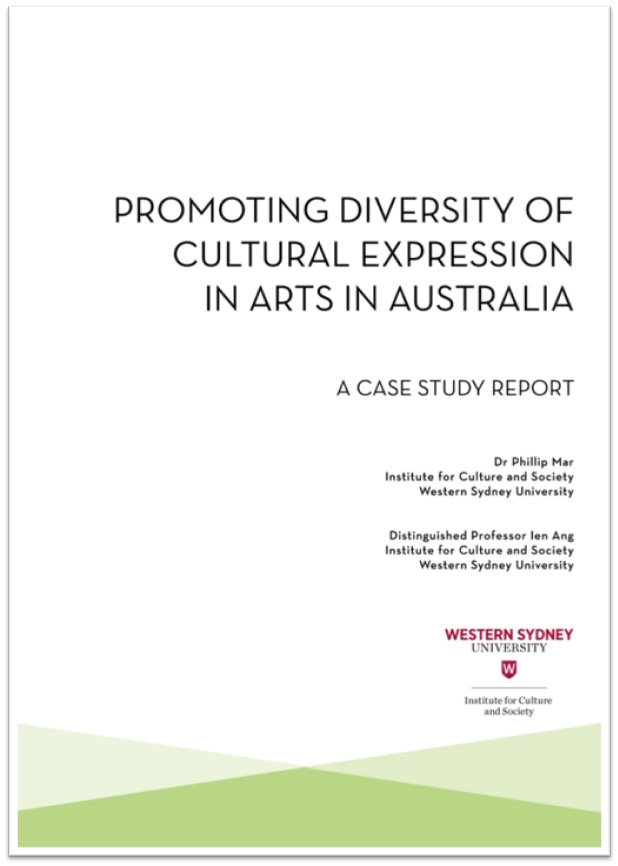 A new report entitled, 'Promoting Diversity of Cultural Expression in Arts in Australia' produced by ICS researchers Dr Phillip Mar and Distinguished Professor Ien Ang for Australia Council for the Arts has just been published.

The report aims to contribute to understanding and debate of the implications of the United Nation's Educational, Scientific and Cultural Organisation's 2005 Convention on the Protection and Promotion of the Diversity of Cultural Expression, to which Australia became a signatory in 2009.

The report presents a range of innovative artistic and cultural projects, supported by the Australia Council, showcasing the wide variety of initiatives which contribute to the dynamism and vibrancy of Australia's diversity of cultural expressions. These case studies can function as models for a discussion about the development of 'best practice' in the promotion and protection of diversity of cultural expressions, not just in Australia but internationally. In this way, the report aims to improve dialogue around, interest in and ultimately increased uptake of the Convention, not just in Australia, and the wider Asia-Pacific region.

The case studies discussed are:

Read the full report (opens in a new window)(PDF, 2MB).