For a Millenial Precariat Internationale

What Do Young Adults From Sydney to Quito Have in Common and Why Are Their Hopes Placed in Spain?

Worldwide, across completely different geographical contexts, young people are systematically accused of being apathetic and lacking political conscious. Those critics are founded mainly on prejudice, on old-fashioned and rigid views about what constitutes 'engagement'. Australia is no exception.

A miscalculation by the so-far popular Premier of New South Wales, the former investment banking professional, Mike Baird, led him to respond in a drastic way to some isolated episodes of violence in the Sydney CBD nightlife. The lockout laws that restrict bars opening hours, alcohol purchasing and use of public space, were approved. While these laws are backed by the main parts of Baird's constituency - families, elderly people and suburban residents - they triggered an unprecedented reaction from inner city entrepreneurs, small businesses, artists and residents. 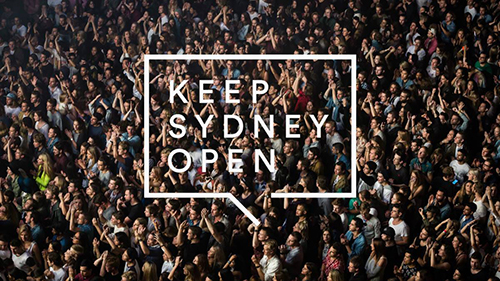 On February 21st 2016, Sydney streets hosted one of the biggest demonstrations in the last few years. Seventeen thousand citizens, mainly young people, demonstrated for the revocation of lockout laws under the mantra Keep Sydney Open. Banners carried messages about the value of nightlife, but they also called for a vibrant city, public space and civic initiatives, not only for the economic activity they generate, but also because of their social and cultural implications.

This protest has been criticised by conservative media for being superficial. However, this fails to recognise that Keep Sydney Open, whilst being a reaction to a specific set of issues related to nightlife, also represents a completely different vision of society and wellbeing. In a profound essay (opens in a new window)Richard Cooke explains that in Keep Sydney Open we are observing just the tip of the iceberg of generational discontents. This is a generation living under a glass roof, constrained by the political and economic dominance of baby boomers, which does not believe in the Australian Fair Go (to own a home and a fancy car) - or that simply cannot afford it: an entire generation that faces casualised and uncertain conditions in the labour market, requiring a deep transformation of economic structures. In summary, Keep Sydney Open is the explicit consequence of a generational gap and represents a clear demand for an alternative society. Generation Less (opens in a new window), the new Jennifer Rayner book, explores this generational gap for the Australian case.

Urbego, the international network of young urban professionals I co-founded, is working on a research project - The Youth Engaged Policy project - with the Institute for Culture and Society at Western Sydney University and the Young and Well CRC. Urbego is a collaborative network that aims to create opportunities for practice and research on urban issues, giving young professionals a voice in the debate. It unites more than a hundred highly skilled urbanists, mostly European, around a core group of twelve members. Most of the members of the network have themselves experienced migration and the lack of professional opportunities at home. Members from Serbia, Lebanon, Italy and Romania now live and work in Canada, France, Denmark and the UK. The initial motivation of Urbego is precisely to include the young in the processes of policy making and urban planning while fostering development and renewal through local skills, identities, initiative and talents.

The Youth Engaged Policy project is looking directly at the question of what youth-engaged policy would look like and how it can be achieved. It takes seriously, issues of political, cultural and economic participation of young Australians. In my work with Urbego I have been lucky enough to assess and observe youth engagement in really different urban environments, from Bucharest to Quito. Young adults – millennials or Gen Y – all around the world, but especially those in OECD (opens in a new window)countries, have more in common than we initially thought. They form a generation that is seduced as consumers but degraded as citizens. And they form a generation that is no longer happy with the goals, means, concepts and structures of the current political system.

The big question is how Keep Sydney Open and other movements such as March Australia or the Australian Youth Climate Coalition could evolve to something deeper, as have Occupy or the Spanish Indignados 15M movement. It is not coincidental that generational protests appropriate long standing leftist struggles for inequality, good jobs and against climate change. They have built temporary coalitions with traditional progressive stakeholders such as labor unions and neighbourhood associations.

And it is no surprise that many millennials are attracted to intellectuals from the old left, like David Harvey or political leaders like Bernie Sanders, whose support among the young is far greater  than Hillary Clinton. In Spain, young voters have mobilised behind candidates like Joan Ribó or Manuela Carmena, mayors of Valencia and Madrid respectively, in local government elections, changing the face of politics in my country. Joan Ribó is a 68 years old former communist, labor leader and teacher. Manuela Carmena, born in 1944, is a progressive lawyer and former communist as well. Both are applying social-democratic policies mainly focused on reinforcing local democracy and eradicating corruption, backed with citizen coalitions that overcame traditional parties.

I am not patriotic at all, neither am I particularly proud of the rather short democratic history of my country. But if there is a geographical location where generational struggle – overlapping with other struggles – is triggering wider political transformations, it is Spain. In Spain citizen-led political networks have come to rule the most important cities – Valencia, Madrid, Barcelona, Zaragoza, A Coruña and Cadiz.

We, the Spanish, can be the spearhead of an international young precariat and start to resolve common issues: job causalisation, poor access to housing, inequality and climate change. It is also possible that this episode becomes just another historical anecdote. It is in our hands. But there are many reasons for optimism. The global and digital networks that address international issues while being anchored in specific territories represent a powerful starting point. The struggle is not an isolated one. Scholars, young professionals, emergent politicians and social entrepreneurs from different countries share stories and digital identities. I personally know projects in Southern Europe that has been inspired by Renew Newcastle (opens in a new window). It is a back and forward process. Ideas flow, as capital does. But as opposed to capital, ideas can be contextualised. Today more than ever, even acknowledging the longstanding international scope of social movements, our practices in Valencia or Madrid can be an immediate inspiration for the upcoming transformation in Sydney.

Ramon Marrades Sempere is a researcher at the Culture Economics Research Unit, University of Valencia. He is a founding member of the urbanism think-tank La Ciudad Construida and a board member and Vice-President of Urbego. In March 2016 Ramon was a visiting Fellow at the Institute for Culture and Society.

This article is a modified version of an original one published in Spanish in ValenciaPlaza (opens in a new window) on 10 March 2016.