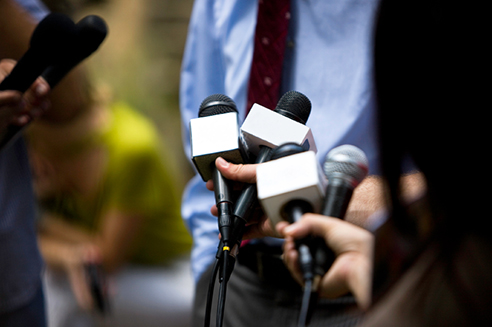 Newspapers, we are constantly told, are in terminal decline. The USA has lost over a quarter of its professional print journalists in the last decade, while in Australia Fairfax and News Limited are shedding around 3,000 jobs, most of them in the newspaper sector.

However, dramatic claims of the imminent demise of the print media are profoundly West-centric. In fact, more newspapers are being read by more people than at any previous time in the history of the world. But those new readers are mostly in Asia, Africa and South America, although even there the picture is uneven. For example, Asia’s most established newspaper readership is in Japan, where over 80 per cent of its population still reads a daily newspaper. Yet Japan’s population is ageing, and it is unlikely that this high level of print readership will hold.

It is to be expected that, in the digital age, printed words on pulped trees will never again be the dominant source of news. But this has been the case in any case since radio and then television began to represent the world with sound and vision. The internet has moved things along with dramatic speed, so that the erstwhile ‘new media’ of broadcasting and now even Web 1.0 are accused of being technological dinosaurs. We now live in a media environment in which combinations of media are used, often simultaneously, such as by flicking through pages of print while checking out a range of screens and intermittently micro-blogging.

Why would all this media plenitude be seen as a problem? Are we not now in a golden media age of endless choice of content and, if so desired, of making our own content? Even if we treat the special pleading of entrenched media interests with due suspicion, there are legitimate reasons to be concerned about the fate of some of our more important media institutions.

The (actual and potential) threat to the professional news media posed by the internet is often couched in terms of the loss of journalistic authority. Once, it is claimed, large numbers of journalists were employed by respected news organisations to act as the ‘librarians’ of journals of record and as guardians of the public interest. These watchdogs were ostensibly held to high professional standards, especially in newspapers, where codes of ethics and peer appraisal bound journalists to appropriate practices in news gathering and dissemination.

This, of course, is a romantic vision – the commercial news media have rarely repudiated the financial interests of their proprietors, and have been as deeply involved in attracting and distracting audiences with scandal and trivia as they have been committed to informing and educating them. This ‘tabloidization’ thesis – the ‘dumbing down’ of the media for commercial ends – has been an influential line of critique of the news media. In any case, the media’s ethical self regulation via Press Councils and Codes of Ethics has often been ineffectual – hence the recent Leveson and Finkelstein inquiries in, respectively, Britain and Australia.

However, on the other hand there is an equally romantic vision that it really doesn’t matter if the main newspapers and broadcasters crumble. Waiting to take their place is an army of citizen journalists, bloggers and alert social media collectives who can do the old media’s job more flexibly and fluidly, cutting out the cumbersome media gatekeepers who often get in the way of telling truth to power because they are power.

It is certainly correct to argue that placing the means of mass communication via blogs, Twitter, Facebook and so on in the hands of the many rather than the few can have a politically democratising effect. But it is not an unproblematic development. For example, gathering, analysing and circulating quality journalism (especially investigative) is an expensive process and, in fact, large commercial media organisations generally cross-subsidise it with more popular, lucrative content.

Citizen journalists usually lack independent, international news gathering capacity, and so are reliant on very local sources (useful but limited), the established media (who they are supposed to be replacing according to the more gung-ho social media advocates), or the media releases of the government and corporate organisations that they are meant to be scrutinizing (and so are vulnerable to manipulation). They may have something important to say, but how can their contribution be found among the millions of daily messages spewing forth around the clock from across the globe? And how can we be sure that they are by Joe and Joanne Public, and not covert agents for interested parties, engaged in a spot of ‘astroturfing’ while pretending to be grass roots?

The last point is important because the established media have, in any case, begun to harvest citizen journalism for their own purposes, while the tools of social media are as well suited to surveillance, tracking and consumer targeting as they are to significant communication exchange.

Then there are the restrictions that can be placed on social media by powerful entities. For example, although the recent London 2012 Games were dubbed ‘The Social Media Olympics’, the London Organising Committee for the Olympic Games (LOCOG) enforced a stringent policy for athletes and other accredited people, and anybody in and around stadia, to prevent uses of which they disapproved – from ambush marketing to professional standard photography, video recording and journalism by non-accredited media.

Major news organisations have challenged such strictures, including in the courts, but it is doubtful that citizen journalists have the resources to do so. Major sporting events and competitions have become battlegrounds over what is considered to be ‘fair dealing’ in news and journalism, and what is theft of intellectual property and piracy. The lawyer’s picnic that has ensued is designed for media and sport organisations with deep pockets, but some fan groups and citizen journalists have been caught in the cross fire.

These cautionary comments are not intended to deter anyone from seizing the day and publishing to their heart’s content. But if scepticism is integral to good journalism, it should also be applied by citizen journalists to themselves. If, indeed, we are potentially ‘all journalists now’, we will also have to devise the means to prevent the rise of a new ‘hackocracy’.