Indigenous knowledge and ‘hidden discourse’ in the public domain 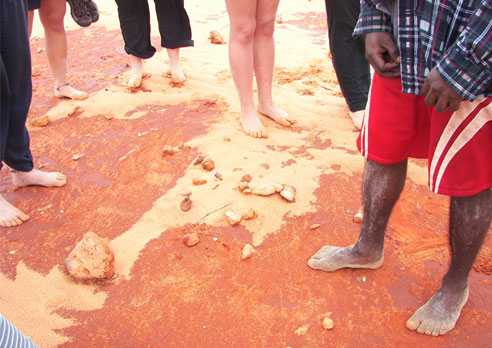 A taken-for-granted knowledge by old Indigenous people in Broome is reading country from the relationship between marine and terrestrial species akin to what James C. Scott (1998: 311; de Certeau, 1984) calls metis or practical knowledge based on local experience as opposed to techne or general abstract knowledge that is often imposed from the top or deployed by the State. Here’s an example of metis that I have noted from one of my interviews:

If (people) want to know when certain fishes are in season and then right to eat, [t]he season time is when certain flowers bloom like the yellow wattle and the fishes being fat in season…each plant and each flower will tell you about when certain animals will be in season, so it’s hunting season…

In contrast, the Western concept of ‘paradise’, another one said, is a country

that’s left alone and there’s no people in… it’s pristine, and there’s no footsteps on the beach, but here people would be really scared of that sort of a place because there hasn’t been any relationship between the local people and the country to keep it safe and quiet…no one to be able to tell you what’s edible and what’s not.

Indigenous people who are still connected to their traditional culture look upon country as ‘sentient’ — where a reciprocal relationship exists. In Broome, seasons are divided into six, not four. In the traditional way, Indigenous people believe that every living thing has a season, and a ‘good’ and ‘bad’ about it. People have to know the difference. I asked, ‘what does looking after country mean?’  ‘…sing to the place…to keep it alive or to stay in a relationship with it…burn it regularly, seasonally…keep the waterholes dug.’

Scott (1998: 340) cites Pascal who wrote that the great failure of rationalism is ‘not its recognition of technical knowledge (techne) but its failure to recognize any other’ (insertion supplied).

When I read today’s paper SMH (25 March 2011) that Aboriginal artist, Yannima Tommy Watson of the Papunya Tula, Western Desert Art Movement apparently refuses to use sacred Indigenous symbols in his art because it was wrong to reveal them to outsiders or something bad would happen to them, the story struck a chord. Part of my research deals with how Indigenous people prove that they are the traditional owners in native title claim cases. In a typical adversarial Western court practice, I was told that the elders experience scrutinizing aggressive questioning and feel that they are treated as ‘guilty until proven innocent’. What is problematic is that many of the answers that are sought are ‘Law knowledge’ and that is not for the public domain. They feel that they are expected to divulge secret knowledge in order to prove they know it. If they reveal ‘Law knowledge’, their traditional belief is that the country will lash back at them. These old people are in a very hard position, according to my interviewee, ‘whether, in order to hang on to their country and prove that it’s theirs, they have to break their own Law.’

Sometime after my Lurujarri trail walk, I met a Ngumbarl woman who is the traditional owner of Walmadan. She took me back there to show her country from a woman’s perspective. Shortly after, I wrote a poem about my experience of that trip:

Back to Walmadan
Nature’s sculptured rocks
were much more welcoming this time around
We of diverse colours and cultures
were reclaiming woman’s space.
Time given freely; time received graciously
like a gift of timeless time.
Time now for Mujal’s successor,
to read Ngumbarl country for us.
She pointed at the black volcanic remnants of ages past,
now mixed in with reddish sand,
time she said when the egg exploded
into transcendental spiritual birth
of WOMAN, mother earth nurturing sons and daughters
and her sea and terrestrial children.

Early on, two male photographers emerged from the bush
where they camped, to show the world through imagery
what a remarkable piece of sea shore Walmadan is,
hoping to safeguard it from energy hungry vultures.
The traditional owner welcomed them,
her feet planted like flag sticks concretely set on ground
as she spoke for country.

She later entered one cave’s sacred space
and talked to Ancestral Mother.
She said Walmadan is her Cathedral.
She pointed at the huge turtle tracks and the spot
where Turtle laid her eggs, before her tracks turned
around back to the sea.

Oh the sea, where I lay floating on a bed of sea waves
gently rolling, rocking me from side to side,
embracing a devoted sojourner child
who feels adopted by the storied turquoise ocean and
red pindan landscape of crisscrossing eternal songlines.
What comfort I find to escape the sun
and the fiery sand, have a quiet dip,
deep into the culture of Walmadan. 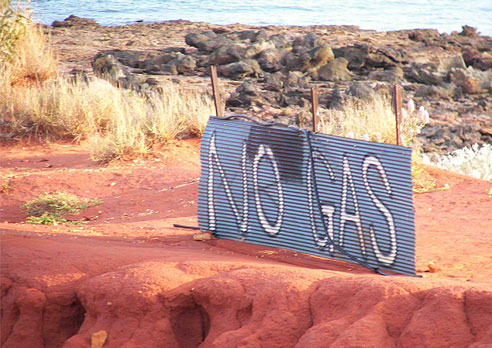