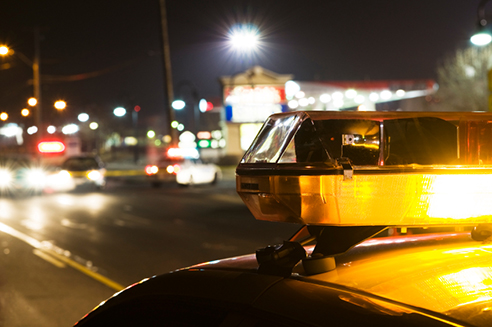 The recent unprovoked killing of a young reveller, Thomas Kelly, by a male stranger in Sydney’s Kings Cross has set off extensive community and political debate about the violence that is associated with night leisure and heavy drinking. What can be done to counter it?

We do not yet have detailed facts about this crime and can just speculate about the possible motivation or state of intoxication of the suspect. Yet this fatal scenario seems depressingly familiar to me, as someone who has done decades of research on drinking and masculine violence – beginning with a study of Sydney’s “bloodhouse” pubs and clubs in the late 1980s, and currently, a national study of homicides, alcohol and night time leisure that is being conducted with staff from the Australian Institute of Criminology.

Although a great deal of violence is unreported and sometimes unrecorded, official records do show that inner Sydney is not in the middle of a new and major epidemic of public night-time assaults. And just like elsewhere in Australia, the homicide rate has been dropping steadily for several decades. A key part of this drop has been a decline in confrontational killings among male strangers.

Nevertheless, researchers know that city zones of concentrated late night heavy drinking are the sites of aggression and unprovoked violence such as the “one punch” killings that in recent years led to heated debates in Queensland and a major tightening of legal defences to homicide in Western Australia.

The evidence from my current study of homicide incidents illustrates that a clear majority of killings in Australia have some meaningful link to alcohol and drinking by the perpetrator, victim or both. This is especially the case in the many violent male on male confrontations over seemingly trivial or imagined slights and insults that are typical of interaction in or around licensed premises and night-time drinking areas.

In the last decade, an expanded night-time economy has meant more business and leisure opportunities and has even been seen as a key part of cosmopolitan “global city” branding for Sydney. With the right mix of leisure choices in theatres, cafes, restaurants, small and large bars, and different social groups all out sharing public space, this is viewed as a mostly positive social change.

The results of the just concluded Sydney “City After Dark” study that I shared with colleagues from the Institute of Culture and Society at UWS established that this is the case.

People are not in constant fear of night leisure but they are realistically wary of incivility and disorder in specific sites that are crowded out with heavy drinking monopolised by groups of young men.

Kings Cross has become a key location of the expanded late night leisure that attracts thousands of excited revellers and can be a real irritant to local residents, police and night users who feel intimidated by heavy drinking, incivility and loud disorder from young people.

If we leave aside the rather glib “up or down” arguments about assault rates that criminologists are always keen to engage in, it is really the case that disorder and a range of assaults are still common in these sites.

Throughout the night and especially on weekend, Sydney’s inner city accident and emergency services directly see how widely de-regulated drinking has a connection with these problems. Furthermore, our police services often struggle with the scale of this disorder and related crowd management issues so they may too easily retreat into alienating ways of dealing with many irrational and just simply drunk revellers.

There are serious dangers in an excessive reliance on under-regulated groups of private security – we know that these may inflame conflicts and put people on edge with their own very aggressive behaviour.

Current prevention strategies have relied on specific forms of venue monitoring as the panacea to disorder and violence. Fresh venue “auditing” and more intense industry and official management plans are now being touted as the further answers.

We should be sceptical rather than cynical about this. It seems likely that these changes will mean little if very late night and early morning mass alco-leisure are still paramount.

The link between disturbing acts like the killing of Thomas Kelly and a public hyper-masculinity that we must understand and educate against is compelling. But this masculine violence is itself fostered by the current monoculture of aggressive heavy drinking in a night-time economy that more of Sydney’s citizens should have a role in reshaping, participating in and enjoying.

This article has also been published in The Conversation (opens in a new window).