On April 5 CCR HDR candidate Sherene Idriss spoke at the second session of the Lunchtime Seminar Series 2011, presenting ‘“Everything creative is non-Leb”: The ways that Lebanese-Australian youth experience disengagement with ‘Leb’ sub-cultures in Sydney’. 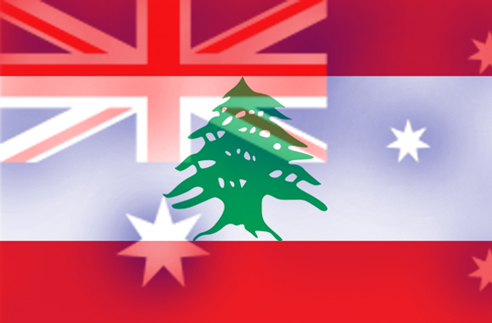 The lives of some young Lebanese-Australian men in Western Sydney can be conceptualised outside a framework of diaspora – the lives of these young men should be understood as a type of collective youth culture. Amongst Lebanese-Australian youth there are ongoing processes of inclusion and exclusion around who is and is not a ‘Leb’. I have conducted interviews with young Lebanese-Australian men in creative training programs or with aspirations to work in the creative industries. They commit to the labels of ‘Lebanese-Australian’ or ‘Arab-Australian’ while simultaneously rejecting labels of ‘Leb’ because of the negative stereotyping these labels carry. In their youth, particularly during secondary schooling, they refused to join in friendship groups that are characterised as ‘Leb’.

The narratives of the young men I spoke with connect to a desire for social mobility and – more importantly – desire for a legitimate place within the nation, rather than assuming a role of the ‘other’ within the nation. However, their sense of exclusion was also a source of anguish for the informants. While the young men perceived themselves to share a common ethnic heritage and in many cases a religious affiliation with the other Lebanese Australians, they chose to exclude themselves from groups that were perceived to be rough, uneducated and troublesome because they imagined their identities as too different.

One way that we might make sense of this process is to imagine that these young men understand being a ‘Leb’ as rooted in ideas around class and socio-economic disadvantage. Rejecting Leb style opens up a space in their lives to possibly transcend these barriers. We also know that ethnic categorisations are not ‘neutral intellectual concepts but symbols that agitate strong feelings and emotions’ (Cohen 1974: xi). The informants in my study are aware of the emotive power of ethnic labels. They know that to be a young man from an Arab, potentially Muslim background, can leave one subject to discriminatory practices. Finally, the rejection of Leb style is symbolic for the Lebanese-Australian men in this study, because ‘the Lebs’ are perceived to be unoriginal; simply not creative. For these young men, whose creative passions are central to their lives, being a non-Leb symbolically legitimises their creative aspirations.