The Chain Of Command 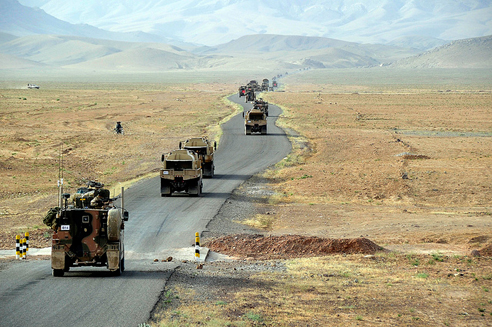 The ADFA Skype scandal is only the latest of a long list of defence bungles. Stephen Smith's decision to stare down the defence establishment is long overdue, writes Ben Eltham.

The military is different to other parts of the public service. We don't ask auditors to fight Taliban insurgents in the deserts of Uruzgan, and we don't train Centrelink staff to a high level of combat lethality.

But the culture that sustains the fighting edge of the Australian Defence Force has a dark side. The barrack room rites of passage have often turned into outright victimisation and bastardisation, and the cost is counted in lives. There have been a number of suicides of young ADF servicemen and women in recent years, many of them linked directly to the toxic culture inside branches of the ADF.

Australia's strategic planners are often concerned about the threats posed by failed states in our region, but there's plenty of failure in the ADF itself.

Australia's elite front-line soldiers remain among the best in the world. But when it comes to ordering equipment or totting up a spreadsheet, the ADF's capabilities leave a lot to be desired.

The litany of fiascos is lengthy. The Royal Australian Navy's ships of shame. The repeated failures of military justice. The mix-up (opens in a new window) that led to the ADF sending home the wrong body after the death of Private Jake Kovco. The catastrophic failures in defence procurement, such as the Super Seasprite helicopters and the Wedgetail early warning radar planes. The accounting errors that meant the Department of Defence couldn't even sign off on the accuracy of its own budget — for years. The bungles (opens in a new window)in payroll that led to serving SAS soldiers being overpaid, and then docked pay for money they received. The revelations that the Navy misled Defence Minister Stephen Smith over the availability of our rust-bucket transport fleet.

Michelle Grattan is right to point (opens in a new window)to a "failure to understand and accept proper accountability".

The latest incident is of course another sex scandal, this time at the Australian Defence Force Academy in Canberra, where a student is alleged to have webcast video of himself having sex with a female student. Defence's clumsy handling of the matter appears to have enraged Stephen Smith, who was already smarting at being lied to about the availability of transport ships during Cyclone Yasi.

This time the Minister intervened. The Commandant of the Academy, Bruce Kafer, was stood down, reportedly after a confrontation between Smith and the Chief of the Defence Force Angus Houston. Six separate reviews were announced on Monday. Sex Discrimination Commissioner Elizabeth Broderick was asked to investigate the treatment of women in the ADF. And, just to muddy the waters further, Smith also announced that he would open up all combat roles in the ADF to women.

The reaction from military circles has been immediate and savage.

For decades, Defence has been able to escape effective ministerial oversight because of the complexity of the portfolio, and the difficulties politicians encounter as they try to get to grips with an unfamiliar and insular culture. Defence ministers come and go, often within a calendar year, while the top brass are in it for the long haul. As a result, many now believe Defence has an overt strategy of covering up scandals and "waiting it out" until their political master departs. Defence is helped by an unusually effective sectional lobby group, the Australian Defence Force Association, and its highly visible spokesman, Neil James. James has been omnipresent and incandescent during this latest episode, even going so far as to compare it to that legendary scandal of the French military at the turn of the 20th century, the Dreyfus affair (opens in a new window).

It does seem that the decision to stand Kafer down was made under duress. But it is also clear that something had gone very wrong with the internal disciplinary procedures at ADFA. As far as can be ascertained, the male at the centre of the scandal has yet to face any formal disciplinary actions, while the woman was formally and immediately disciplined for unrelated matters. To give Kafer and ADFA their due, they argue that the matter was a serious potential crime that was rightly referred to the Australian Federal Police. But this then raises the question as to why the key witness and plaintiff in that criminal investigation was disciplined and stigmatised — rather than supported.

As the Minister told Fran Kelly on Tuesday, "what that did was essentially put the perception about that the young woman who is potentially the innocent victim of a serious sexual abuse, was herself being punished, and her own character and conduct in unrelated areas, being drawn into attention." In this respect, Smith is surely right to finally stand up for the rights of women in the ADF, rather than cover up another scandal at the behest of senior commanders.

Smith has certainly picked a fight with a tough opponent. The military establishment and the associated defence lobby have a reputation for holding grudges and playing dirty. But that's precisely why Smith's actions this week are so necessary.

As an organisation, the ADF has an unacceptable record of failure in procurement, in human resource management, in media transparency and — especially — in accountability. If Smith can begin to clean out these Augean stables, so much the better.