Drugs Through Time: Discursive Shifts in Drug Knowledge in the Australian Context

On March 6 HDR candidate Kev Dertadian spoke at the first session of the Lunchtime Seminar Series 2012, presenting ‘Drugs Through Time: Discursive Shifts in Drug Knowledge in the Australian Context’. 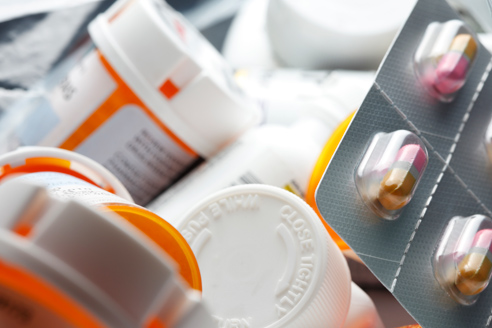 At the outset of the twentieth century the regulation of the use of ‘drugs’ in Australia was largely a matter of individual choice. Legal prohibition and medical regulation had yet to become a significant part of the social landscape and so there was little differentiation between legal and illegal drugs or medical and non-medical ways of using such substances.

Established in the early twentieth century, the first laws restricting the use of drugs in Australia were aimed at ‘opium suitable for smoking’. The smoking of opium was traditional to the Chinese population of the time. Moreover, opiate-based products such as morphine and laudanum, which were popular among ‘white’ Australians, remained unaffected by the restrictions. The introduction of the first laws regulating the use of drugs was largely thought to form part of a wider attempt to ostracize and marginalize the Chinese population of Australia.

While decidedly racially motivated laws governing opium use in the early twentieth century may have initiated shifting attitudes about drugs, the complete reshaping of social and political knowledge seen over the next hundred years is far more complex. It is significant to note that for the first half of the twentieth century drugs mattered very little to Australian policymakers. Tension soon emerged between the passionate international pursuit of drug regulation and Australian ambivalence to the issue. Ultimately this meant that, as drugs were too inconsequential an issue to risk the country’s international standing, Australia repeatedly gave in to international pressure. By the middle of the century legislative/bureaucratic bodies started to recognise the potential for prestige in the regulation of drugs, and began to actively pursue the legislative regulation of drugs for the first time.

After a total ban on heroin in 1953, major shifts in Australia’s approach to drugs occurred. Drugs like heroin were now also popularly thought of as narcotics; morphine was no longer a drug, but a medication; alcohol became a drink; cigarettes became smokes.  The problematic use of over-the-counter headache powders in the 1950s and ‘60s demonstrates the impact of these new conceptualisations of drugs. Bex and Vincent’s powders created a range of medical complications in regular users, which were not recognised for many years. This is largely thought to be the result of the notion that legal drugs used for medical purposes were not the ‘real’ issue; illegal drug users, it was thought, were the problem.

In the time since the outlawing of Bex and Vincent’s powders Australia has been caught up in a tension-filled relationship between prohibitory policy, first popularized by Richard Nixon’s ‘War on Drugs’, and the national policy of harm minimization first introduced by Prime Minister Bob Hawke. Popular support remains behind prohibition, while public health and medicine tend to advocate harm minimization.

Throughout Australian history our culture has established an approach to drugs which suggests that certain drugs are safe and others are dangerous. Today, growing public and professional concern surrounding the non-medical use of pharmaceuticals highlights some of the fundamental limitations of this approach. It needs to be acknowledged that no substance in and of itself contains the exclusive capacity for safe or dangerous use, and that such capacity is necessarily a matter of sociality, legality and availability.