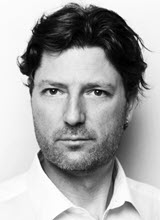 Juan Francisco Salazar (born 1971) is a Chilean anthropologist and filmmaker with a PhD in Communication and Media from the University of Western Sydney and a Bachelor of Anthropology from the University of Chile. He has lived in Sydney, Australia since 1998 where he currently is a Professor in anthropology and media studies; Research Director at the Institute for Culture and Society (ICS) and Environment and Sustainability Research Champion, at Western Sydney University, Australia. His work on Indigenous media in Latin America was pioneering for focusing on the poetics of media practice and bringing together Latin American scholarship on film and communication studies with media anthropology in the U.S. He writes on media anthropology; visual/digital ethnographies; citizens' media; Indigenous media and communication rights in Chile and Latin America; documentary cinemas; environmental communication; climate change. His recent work focuses on Antarctica where he has developed pioneering ethnographic work since 2011. In 2015 he completed the feature length speculative documentary Nightfall on Gaia shot entirely in Antarctica and which had its international premiere at the 14th RAI International Festival of Ethnographic Film (Bristol, June 2015). He is currently developing work on anthropological and STS approaches to futures in polar and outer-space environments. He has been a visiting fellow at Indiana University (Bloomington)(2018); Temple University (2018); Universidad de Valparaiso (2015) Universidad Uniminuto (Bogotá, Colombia 2013) Institute of Development Studies, University of Sussex (2008), the Universidad de las Américas, Mexico (2006). As a media artist he has written and directed several documentary and experimental short films exhibited internationally.