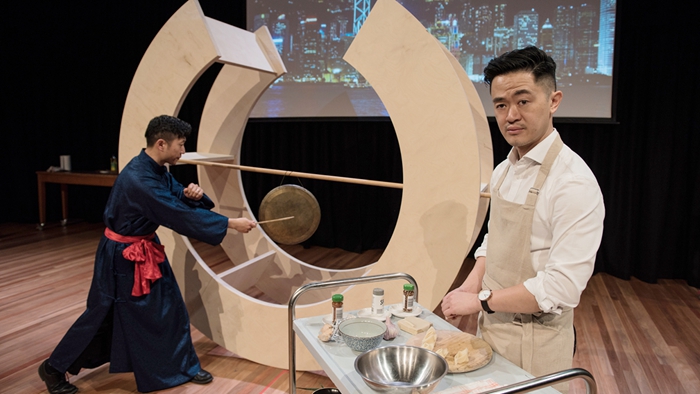 There’s no such thing as a totally authentic wonton. Much like identity, you make it your own.

Issues of authenticity, migration and the ever-topical discussion of identity are expounded in Double Delicious (2020). Presented by Sydney Festival in collaboration with CAAP (Contemporary Asian Australian Performance), this spell-binding multi-sensory work is a sequel of sorts to The Serpent’s Table (2014), a highly successful exploration of food in the lives of prominent Asian Australians. Audience members experience 5 different stories and are invited to taste—while in the theatre—a series of different dishes that are significant in meaning for each story.

ACIAC Research Fellow Dr Nicholas Ng worked on The Serpent’s Table as composer, sound designer and live musician, and is excited to be involved again in Double Delicious. In addition to creating the music, he appears live as the comedic sidekick of writer Benjamin Law, who features amongst a stellar cast of Asian Australian story-tellers including Heather Jeong (SBS Food), Valerie Berry, Raghav Handa and Elizabeth Chong (Channel 10: Good Morning Australia).

Double Delicious premiered during the Sydney Festival earlier this year. ACIAC Advisory Board Member Annette Shun Wah (CAAP Executive Producer), along with Directors Darren Yap and Courtney Smith-Stewart, oversaw a successful series of 11 sold-out shows at Carriageworks from 8 to 12 January, 2020. With a review rating of 4.5 stars (a hard-to-achieve feat amongst Sydney critics), the production was warmly received at Geelong Arts Centre and Abbotsford Convent during Asia TOPA (Asia-Pacific Triennial of Performing Arts).

Due to popular demand, the Double Delicious has been invited on another tour to the OzAsia Festival before returning to the Sydney Festival next year.

As part of his practice-based output, Dr Ng is currently working on an ethnographic book documenting the lives of the story-tellers with a collection of recipes and insightful anecdotes. 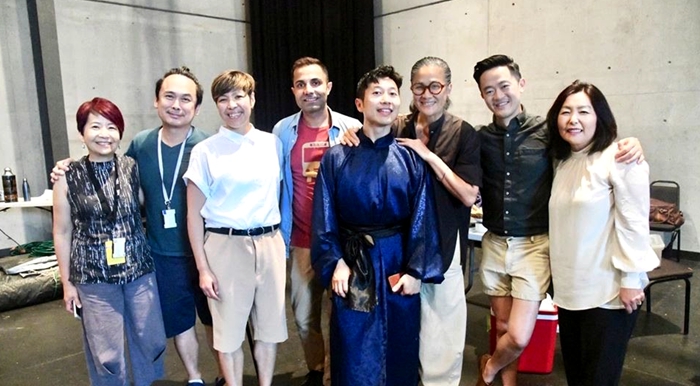