From Family Story to Australia’s Story: 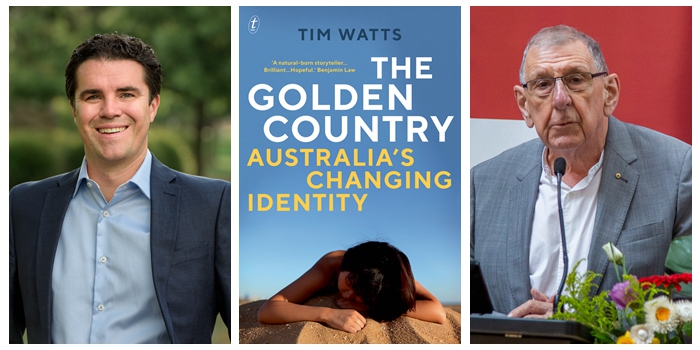 From the success of the Chinese Australian History Series 1 in 2020, the Australia-China Institute for Arts and Culture is very pleased to launch Series 2, with the first lecture entitled From Family Story to Australia’s Story, featuring Tim Watts MP in conversation with Professor Stephen FitzGerald.

Tim Watts in Conversation with Stephen FitzGerald will discuss issues of discrimination, inequality, bamboo ceiling and skewed egalitarianism towards Asian-Australians in the context of “investing in a new Australian identity that brings people together in The Golden Country”.

Professor Stephen FitzGerald was Australia’s first ambassador to the People’s Republic of China and China adviser to Gough Whitlam in opposition and as Prime Minister. He chaired the 1980s committee of the Asian Studies Association of Australia and later became chair of the Asian Studies Council. This Council wrote a strategy for Asia in Australian education. He subsequently founded the Asia-Australia Institute, dedicated to making Australia part of the Asian region through think tank activities and regular forums. He chaired the government’s Committee to Advise on Australia’s Immigration Policies, which wrote the landmark report, Immigration: A Commitment to Australia. He has been advisor to the Federal and Northern Territory governments, and the governments of Australia, Britain, Denmark and others on governance-related aid in China and Southeast Asia.

He is currently the Deputy Chair of the Museum of Chinese in Australia, Distinguished Fellow at the Whitlam Institute at Western Sydney University, and Board Member of China Matters.