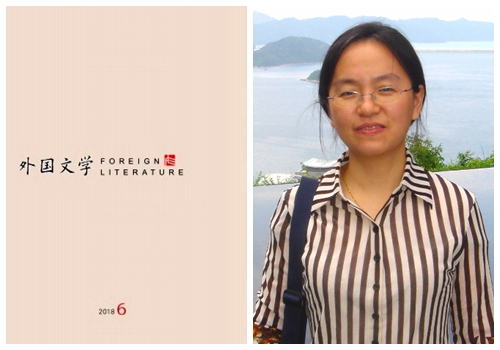 Drawing on a survey of Australian writings translated and research papers written for publication in Foreign Literature, this seminar takes a probe into the relatively short history of Australian literature research in China since 1980, and seeks to offer some insights not only into the kinds of Australian authors that have been of special interest to a special group of Chinese readers/researchers but also how they have been read by Chinese scholars. It is argued that the translations of Australian writings and related research essays published by Foreign Literature have helped not only to promote Australian literature in China but boost Australian studies in China as a whole over the past four decades. These translations and critical studies have also contributed to the effective cultural exchange and understanding between the two countries. Foreign Literature is proud to have been involved in these developments and this brief survey gives us an opportunity to rethink the shifts of research paradigms in China and the development of the journal itself. After all, being mindful of the complexities between writings and readership will be beneficial to further the development of Australian studies in China.

Professor Hong Jiang received her PhD in English Language and Literature at Peking University in China. She is Research Professor and Acting Director of the Foreign Literature Research Institute, Beijing Foreign Studies University, and Associate Editor of Foreign Literature (bimonthly), one of the leading journals in the field of world literature studies in China. She has published essays on literary history, narrative theory and the writings of Doris Lessing. She has taught graduate courses such as Bibliography and Literary Research Methodology, Narrative Theory, British and American Short Stories, and The Cognitive Turn in the Novel: the Case of Doris Lessing’s The Golden Notebook.